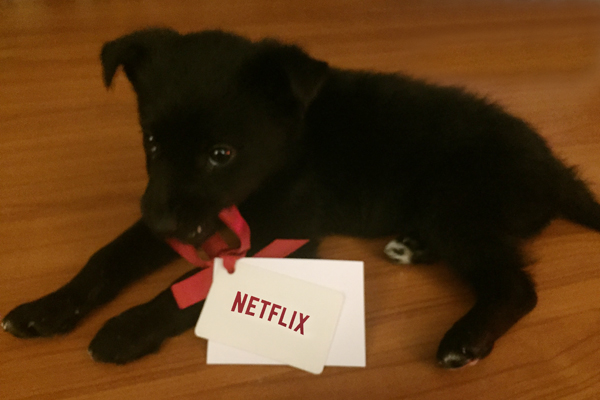 Our family doesn’t watch a lot of television. Why? Because we are always on the go. Between Brownies, Girls Guides, taekwondo, swimming, work, and a new puppy, the amount of time we can devote to watching TV is slim.

When we do get to watch TV, it is usually stuff we have PVR’d, or Netflix.

This is just like your typical teen suspense flick, with an awesome soundtrack, that includes and amazing cover of “Another Brick In The Wall” by “Class of ’99” (a supergroup featuring Layne Staley, Tom Morello, Stephen Perkins, Martin Le Nobl and Matt Serlectic), as well as a cover of David Bowie’s “Changes” by Shawn Mullins, and Alice Cooper’s “School’s Out” by Soul Asylum. The Offspring also performs “The Kids Aren’t Alright” like nobody else can.

Students suspect that their teachers are aliens after bizarre occurrences. ~ IMDB

X-Men: Days Of Future Past

Wendy is a big fan of Wolverine. Really, what gal isn’t?

The X-Men send Wolverine to the past in a desperate effort to change history and prevent an event that results in doom for both humans and mutants. ~ IMDB

This remake of the classic 1976 flick starring Jodie Foster and Barbara Harris has been updated, but is basically the same funny story, which Rachel got a real kick out of!

An overworked mother and her daughter do not get along. When they switch bodies, each is forced to adapt to the other’s life for one freaky Friday. ~ IMDB

Lauren has been watching this Disney Pixar blockbuster over and over. It is such an amazingly done movie, that our entire family loves!

After young Riley is uprooted from her Midwest life and moved to San Francisco, her emotions – Joy, Fear, Anger, Disgust and Sadness – conflict on how best to navigate a new city, house, and school. ~ IMDB The folks at Netflix have generously given me a gift card for a 6-month subscription for Netflix Canada, for me to give away to one of my lucky readers! Our new puppy “Storm” wanted to keep it, but we were able to pry it from her grasp!

Assessing the Pros and Cons of a Dating App

How to Find Luxury Gifts at a Discount

Preparing for a Cornea Transplant after living with Keratoconus