Wedding Ring Styles From Each Decade 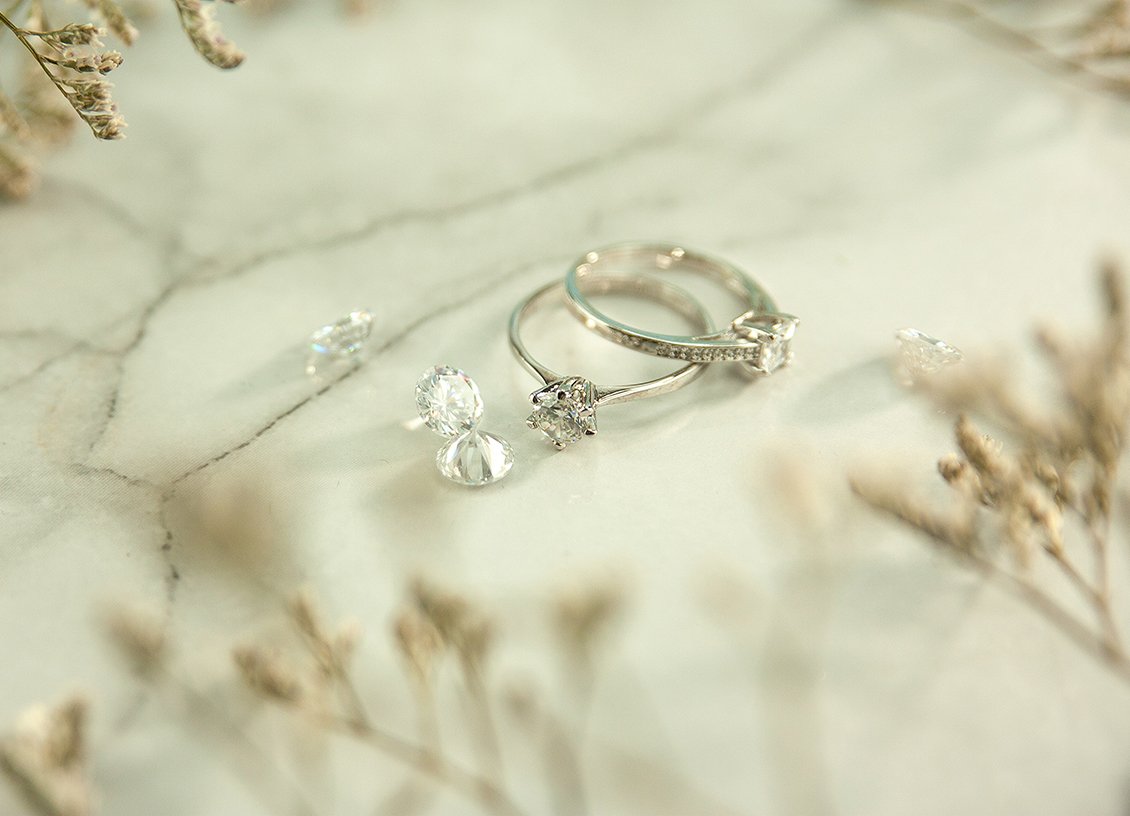 Find out how engagement ring styles have evolved over the years, and get inspired by vintage-inspired pieces that can be easily made your own. 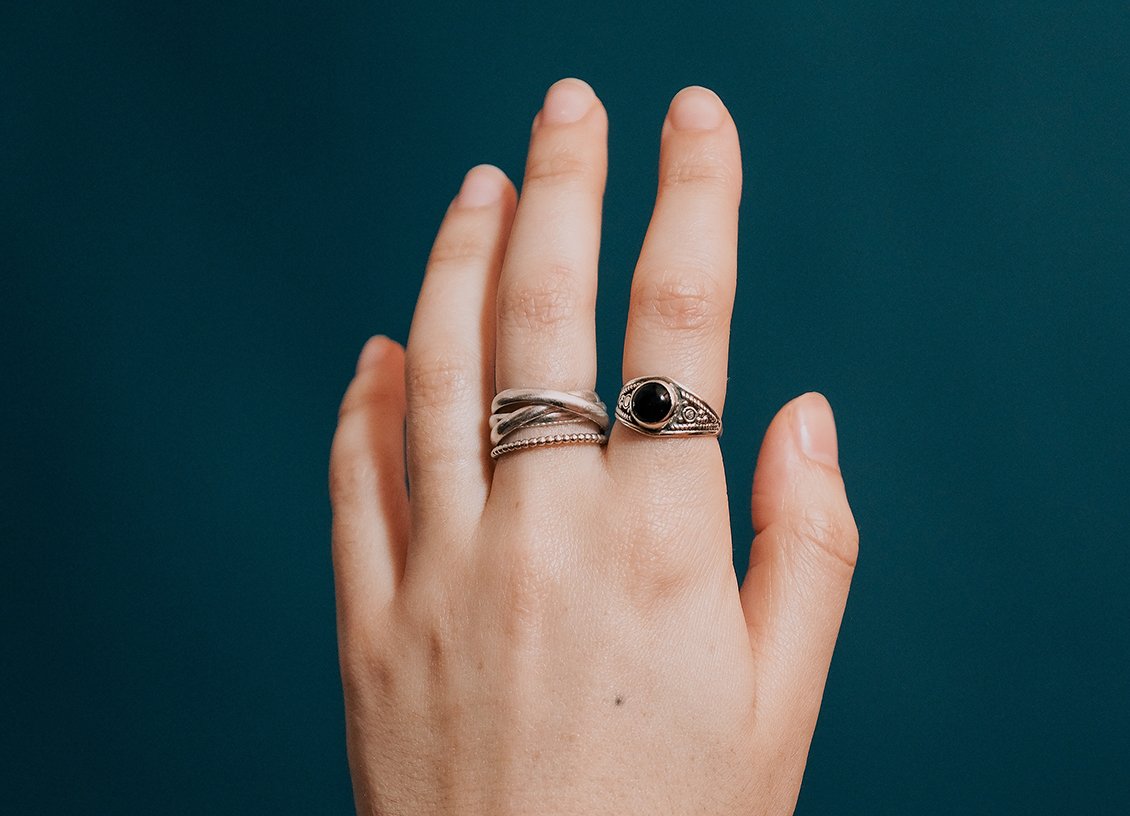 Photo by Harry Cooke from Pexels

The 1920s was a special time for art and design. Known as the ‘Roaring Twenties’, it marked the birth of the Art Deco period, characterized by beauty, opulence, and a bold design style. Engagement rings from this time period were no different. Elaborate settings with dramatic details and forward-thinking elements were popular—and you’d often find rubies, sapphires, emeralds, and black onyx as the centerpiece gemstone. 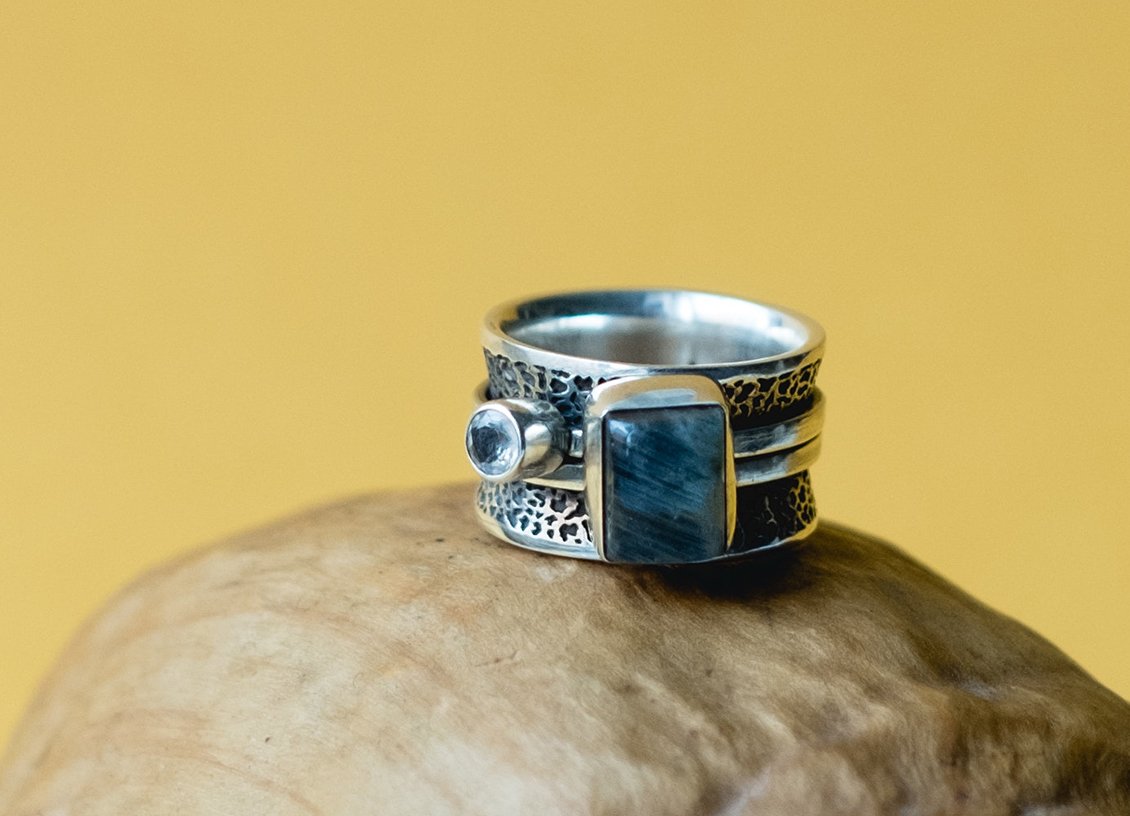 Photo by Lena Shekhovtsova from Pexels

The Art Deco movement was still going strong in the 1930s, and this makes the era one of the greatest time periods for the world’s finest collectors. In this time period, you’d find geometric and symmetric designs that featured heirloom family stones that were reset into more modern settings. Bold cuts like the emerald or round were popular at this time. 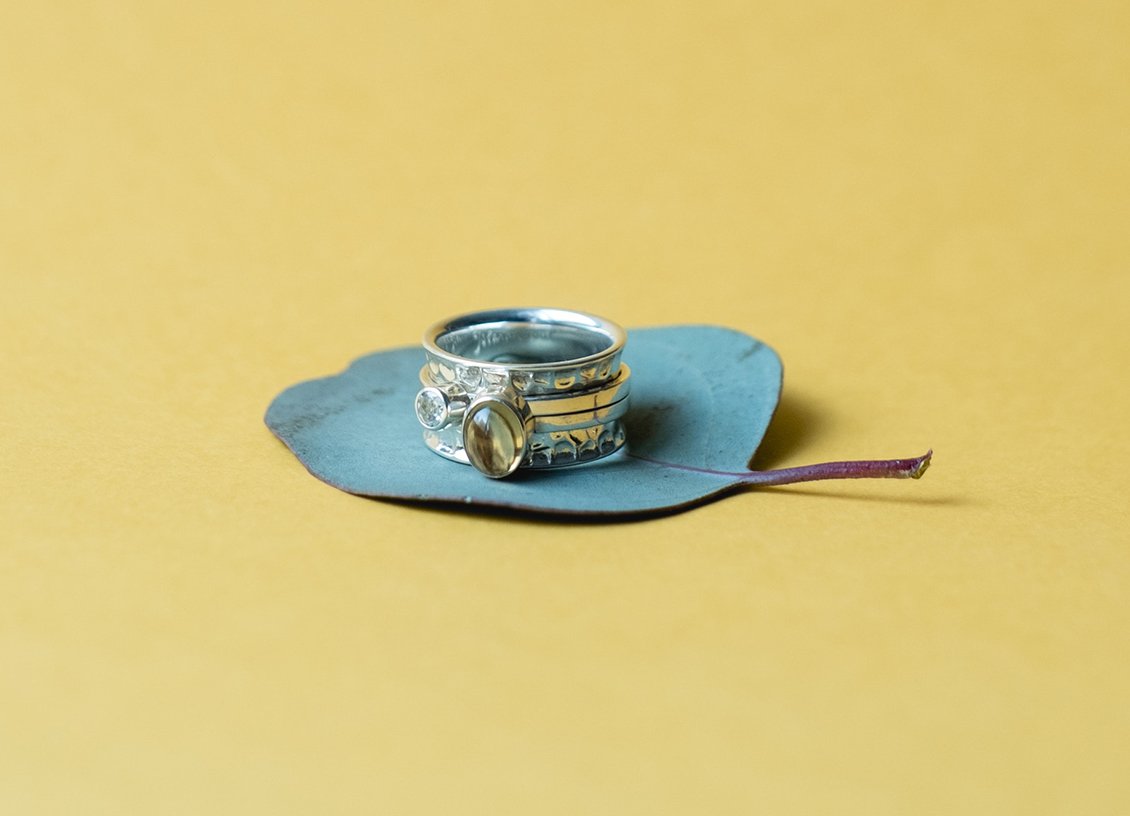 Photo by Lena Shekhovtsova from Pexels

Engagement rings from the 1940s were beautiful, bold, and dramatic. It’s also the time when the modern engagement ring was born. Thanks to the De Beers marketing campaign and the endorsement of Hollywood starlets, diamonds became known as the premier stone for engagement rings. This time period also moved away from the geometric styles of the Art Deco period; in this era, you’d likely find elaborate and swirling fine ring designs featuring natural elements like leaves and flowers. 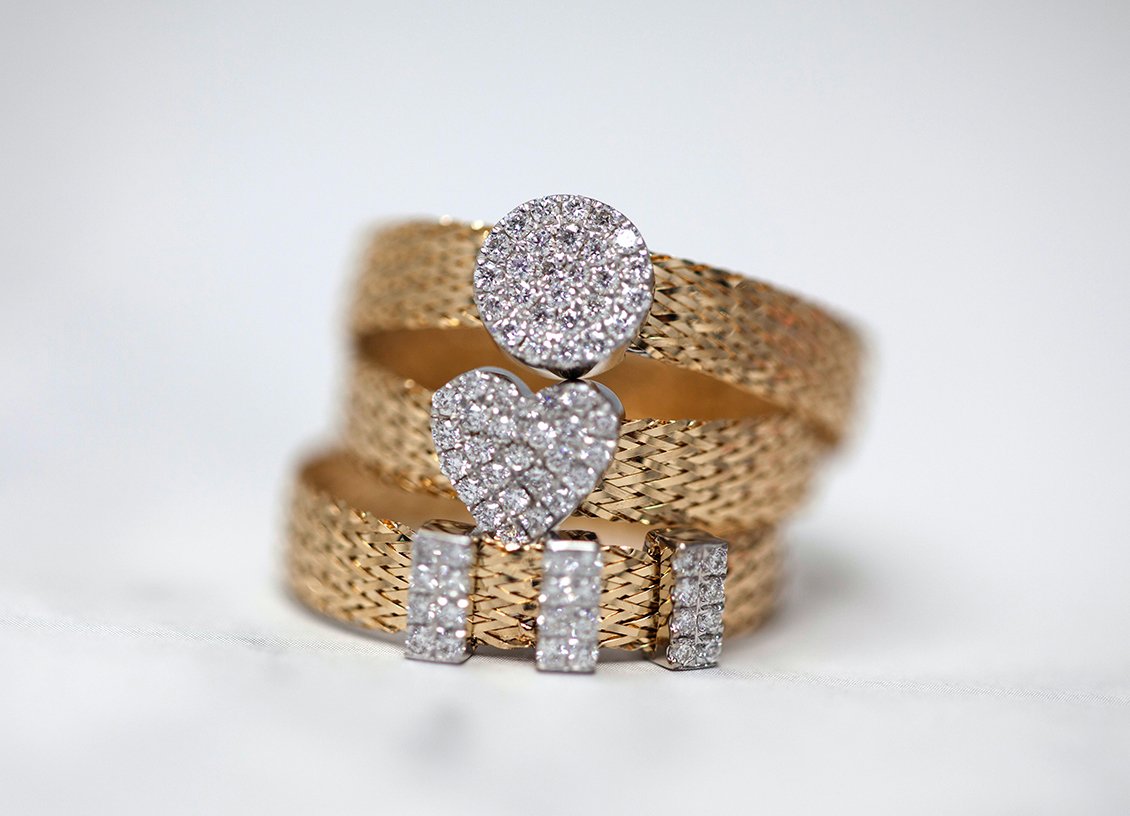 Photo by Cornelia Ng from Unsplash

The 1950s was the birthplace of the mid-century aesthetic, characterized by well-designed objects with a timeless look. Baguette-shaped diamonds, often surrounded by smaller stones, were especially popular during this period and experimentation was considered mainstream. Consider Jackie Kennedy’s stunning emerald ring, or Audrey Hepburn’s stackable set. 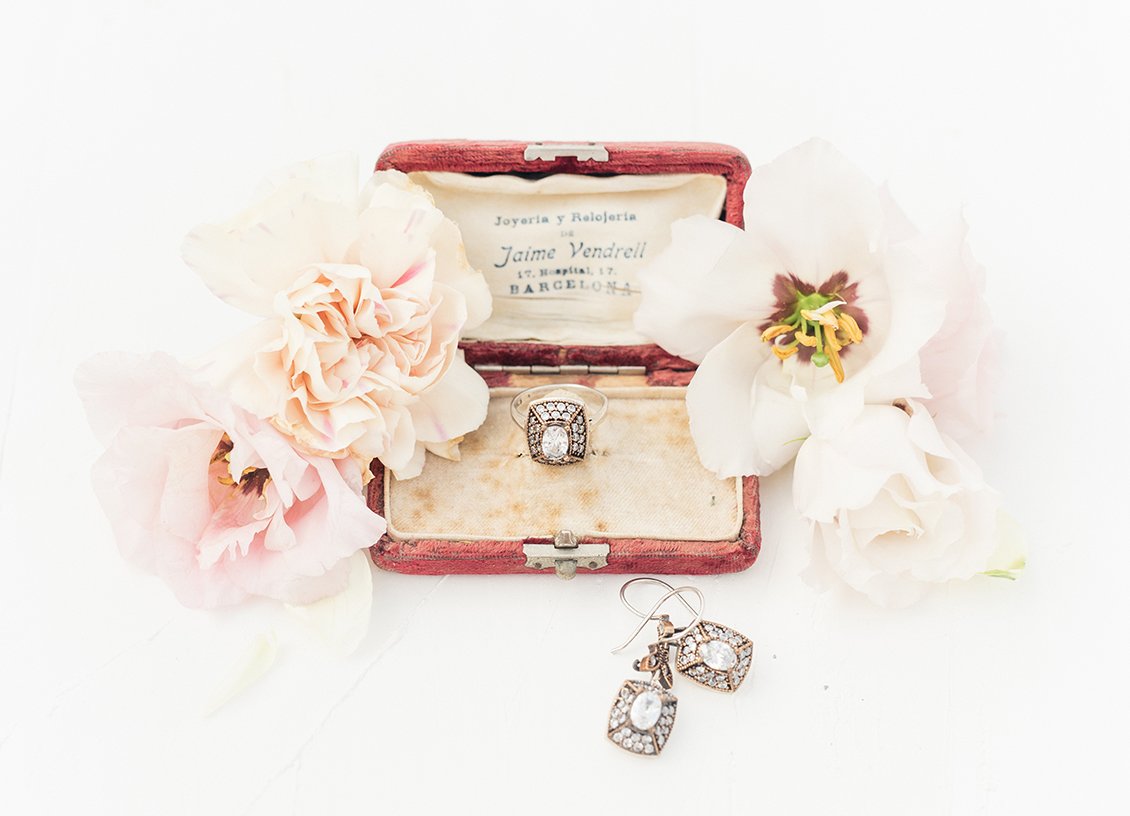 Photo by Olya Kobruseva from Pexels

The 1960s was the epitome of glam and modern style and unexpected center stones and extravagant, large diamonds became all the rage. During this time period, Art Deco styles came back in vogue and trends were largely set by celebrity culture. Elizabeth Taylor’s 33-carat ring (given by fiancee Richard Burton) was considered the epitome of glitz and modern-day glamor. Non-traditional colored stones were also considered en-vogue, especially when paired with large diamond centerpieces. 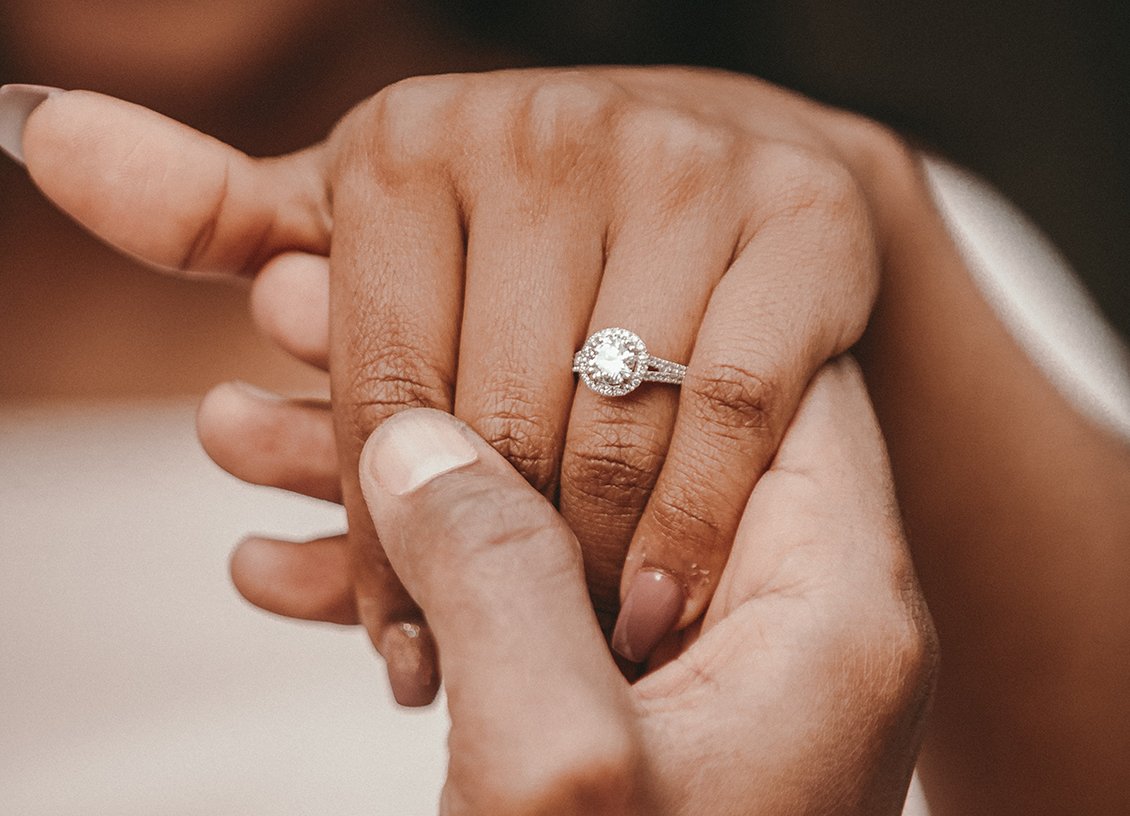 Photo by Alekon pictures from Unsplash

The popular princess-cut diamond may have been created in the 1960s, but it became even more popular in the 1970s, when angular styles were all the rage in unforgettable engagement proposals. During this time period, you’d often find big, bold shapes (like the emerald cut that became popular in the 1920s), and cocktail-inspired statement rings that proved that bigger really is better. Yellow gold diamonds were also popular, and nodded towards the non-traditional, bohemian fashion trends of the era. 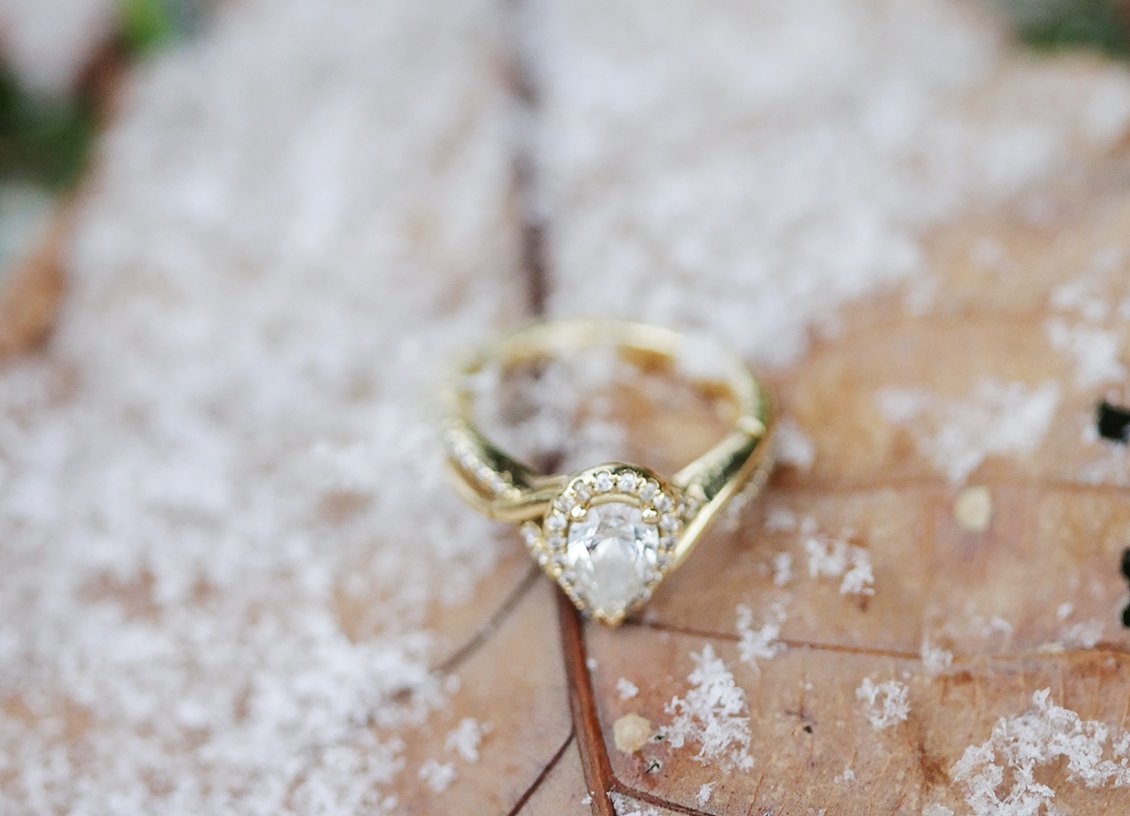 Photo by Leah Kelley from Pexels

The 1980s were all about maximalist fashion, which makes sense when you consider the brightly colored makeup styles and over-the-top puffy sleeves and shoulder pads that were popular during this era. Engagement rings followed suit—elaborate, fancy diamond cuts, like cushion cuts, emerald cuts, and pear cuts, were increasingly popular in rings from this decade. White metal bands were still considered a classic choice, but the modern yellow gold setting quickly became the standard. In this era, more was definitely considered more—thicker, stone-encrusted bands took center stage. 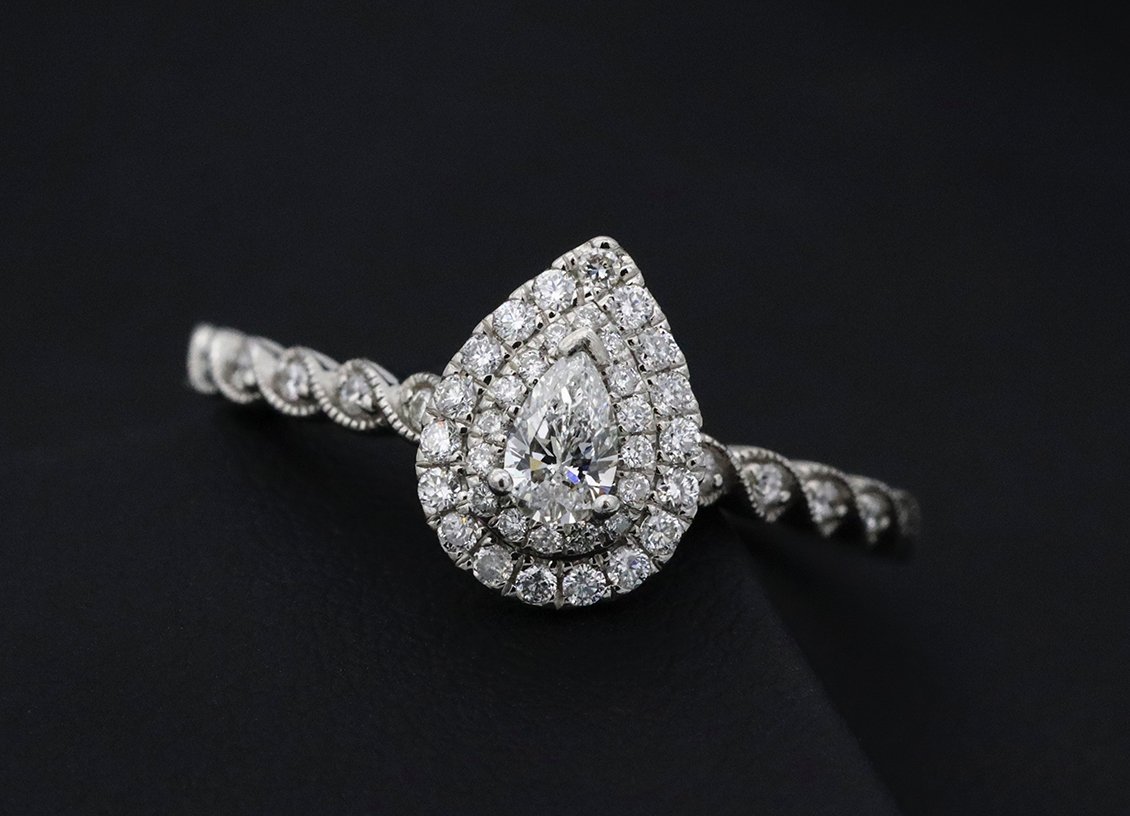 Photo by Sabrianna from Unsplash 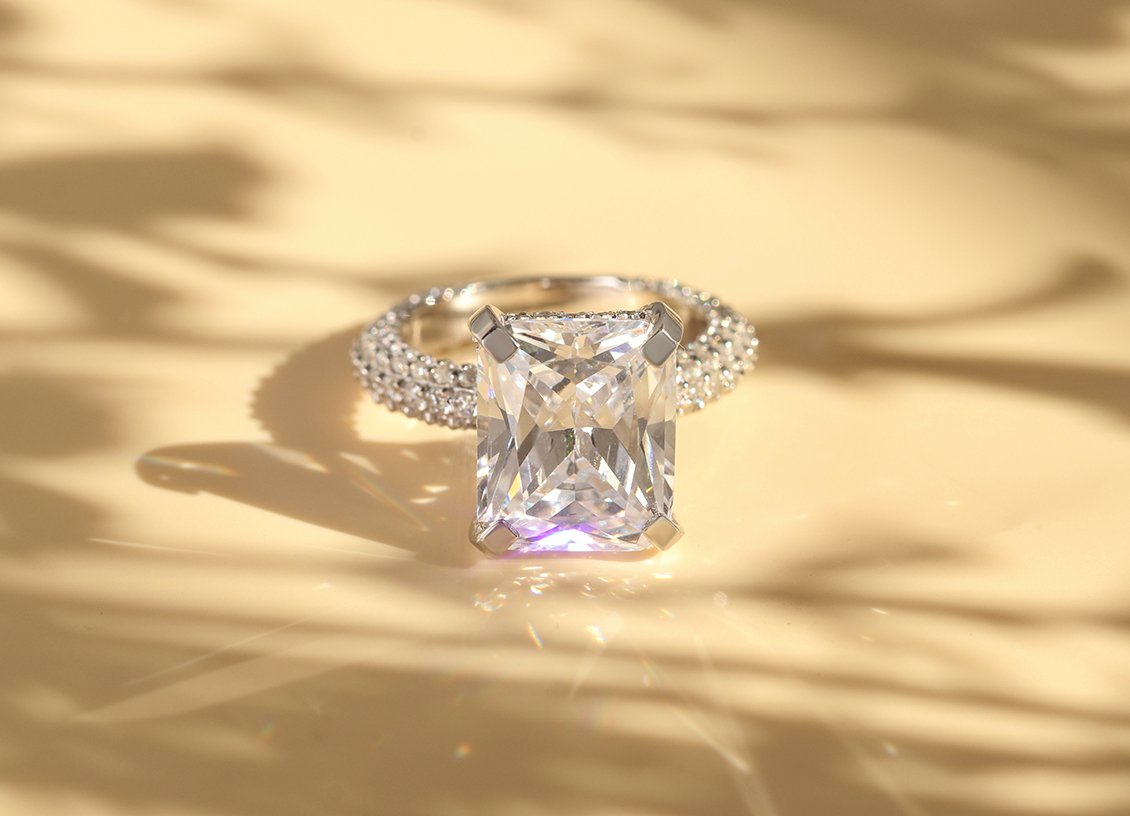 Photo by The Glorious Studio from Pexels

2000s fashion was all about bright colors, bold sparkles, and showing more skin than ever at the honeymoon and beyond. Engagement ring styles definitely played towards this new sense of glam, with the halo setting, a style that featured a round cut diamond with pave diamonds or other small gemstones encircling it, becoming the must-have style. It also made the center stone look larger—adding to a bigger-is-better, ultra-glam feel. Other popular styles included double, and even triple halos, as well as geometric styles like the square, rectangular, or hexagonal diamond cut. 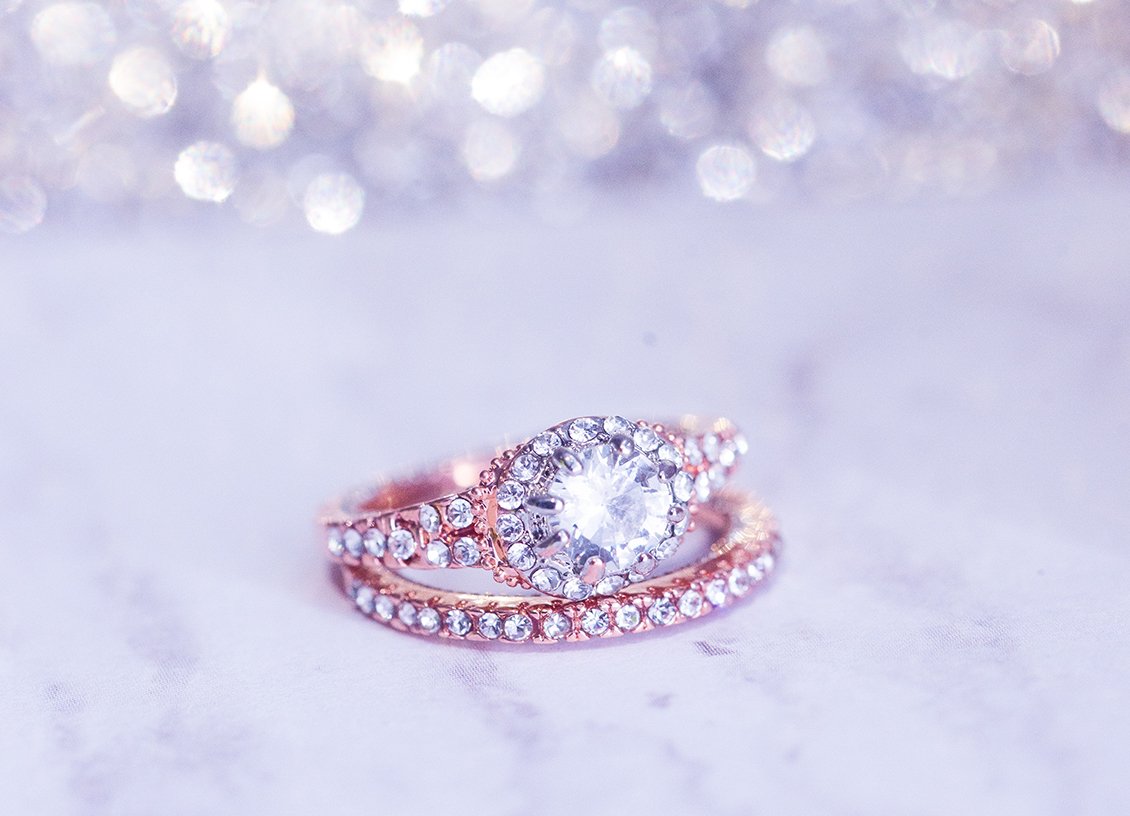 Today’s modern engagement styles are marked by celebrity culture, including the royal engagement of Kate Middleton and Prince William, as well as the stunning emerald cut ring made custom for Angelina Jolie (with a reported 1 million dollar price tag). Elements like pave encrusted bands, cushion-cut diamonds, and rose gold were also popular styles, although the modern bride is often not one to follow trends. Mixed metal, mismatched ring stacks, and colored gemstones all came into style as a way to make a unique, fashion-forward statement that matched the individual style of every bride and wedding.

Tess DiNapoli is an artist, freelance writer, and content strategist. She has a passion for yoga and often writes about health and wellness, but also enjoys covering the fashion industry and world of fitness.

Stay In Shape: 6 Ways To Stay Active While Traveling

The Many Reasons to Need Van Insurance