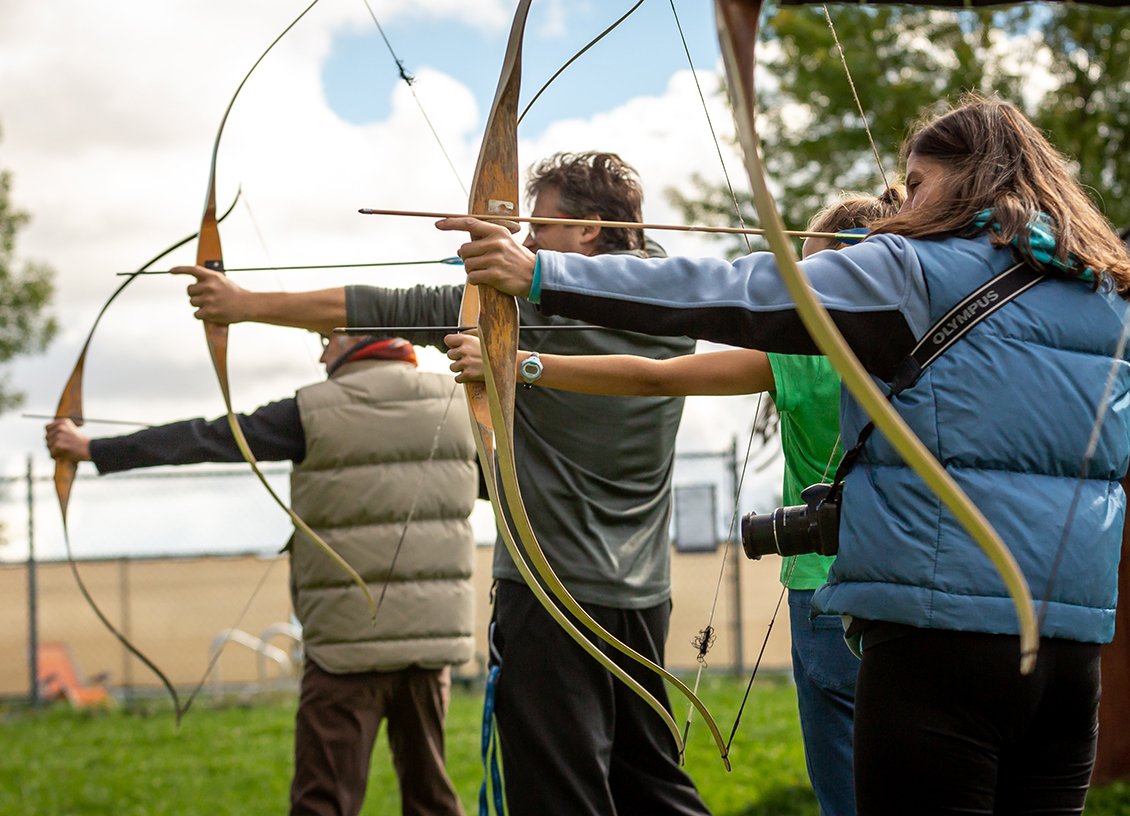 Photo by Alex Guillaume on Unsplash

There are so many shoots that people look forward to every year. I’m going to break down the top 5 that are the most looked forward to. Each competition has its challenges and its own set of rules which we will go over.

The Vegas Shoot is a world-level indoor competition shot in Las Vegas, Nevada at the South Point Casino. The Vegas Shoot is paired with the World Archery Indoor Series Final. The shoot itself is an indoor 900-round shot on a three-spot 40cm target face in three 300-round sessions. There are tie-break shots at the end of the tournament. The Championship divisions shoot the tie breaks on Sunday evening. The Open Championship division is often the big event of the shoot with many perfect 900 scores.

For the shooters in the Open Championship division who shoot an 899, there is a “lucky dog” shoot-off to be able to shoot in the big event on Sunday evening. They also have a large vendor hall filled with vendors from bow manufacturers to arrow companies and other component manufacturers. There are so many different events going on over the weekend and many different divisions to compete in depending on your level of experience and the type of bow you shoot. The Vegas Shoot is often listed as an archer’s favorite shoot for many different reasons, but I think the atmosphere there and it being one of the first shoots of the year make it an event you don’t want to miss out on.

The Lancaster Classic is an indoor competition shot in Lancaster, Pennsylvania and is hosted by the largest archery supply company in the world. The format is pretty interesting; it’s a typical 60-arrow qualification round, but the X ring is scored as 11 points for a max score of 660 points. The preliminary eliminations are a normal bracket format to a certain point depending on the division. Then, you have a shoot-up final to finish up. So for 16 competitors, #16 would shoot against #15, then the winner of that match would shoot against #14, and so on to #1.

They also have a vendor area to look at items from many manufacturers as well as the Lancaster Archery Supply trailer to purchase any items you might need for your archery endeavors. This is a fast-growing event, and they have quickly become one of the “must-attend” events of the year.

The ASA Classic is a culmination of a six-competition circuit held in Cullman, Alabama. The competition is structured just like the other ASA Pro Am shoots. Two rounds of an array of 20 Delta McKenzie 3D targets. Then, the top five ranked competitors in the Pro divisions move onto the final shoot-down that is televised. They shoot 5 targets and if anyone is within 10 points of the leader after the fifth arrow, there is a tie-breaker sixth arrow.

There is always a vendor area with plenty of manufacturer’s booths, as well as tasty food trucks. The Classic is where the Shooter of the Year awards are determined and awarded. Shooter of the Year is a ranking of shooters over all of the competitions and is awarded to the best shooter in each division.

Redding is a two-fold tournament with the Redding trail shoot and the NFAA Marked 3D Nationals. The targets are all known distances ranging from 4-101 yards in distance. The targets are easily recognized as targets used for this particular shoot due to the bright orange dot as the highest-scoring ring scoring 11 points. Two arrows are shot at each target with a high score of 22 for each target. There are 70 total targets shot over 3 days.

This tournament is hosted by the Straight Arrow Bowhunters and held in Redding, California, which is about 3 hours North of Sacramento. The terrain is rather challenging with lots of angled shots and targets placed across large valleys. These large valleys make wind a big factor and, oftentimes, there will be flag indicators to make the proper adjustments. The finals draw a lot of eyes and are often live-streamed on Competition Archery Media’s pages.

IBO shoots are challenging, not only because they are unmarked yardage, but also due to the challenging angles and tricky targets. These shots are shot on Rinehart 3D targets with scoring rings that score 11,10,8,5. This particular tournament is one that you need to qualify for by shooting one of the preceding IBO World Qualifiers and ranking in the top 20 shooters in your division.

The tournament is shot over 2 days shooting 40 targets with the top 5 qualifiers moving onto the finals to shoot 10 targets to determine the champion. There are additional events including the Dead Center Eagle Eye Shoot Off which is qualified for by shooting at earlier tournaments. To qualify, you shoot at a Rinehart Alert Deer target that has a 1” orange dot in the middle of the 11 ring. If you hit the orange dot, then you are qualified for the Shoot Off. In the shoot-off, there are 10 of the deer targets set up with 20 shooters shooting at the same time. If an archer hits the dot, they move on to the next round until they are down to one winner. The payout is $1,000 for first, $500 for second, and $250 for third.

Each of these competitions is unique and are tournaments that archery enthusiasts look forward to each year. The indoor competitions have the challenge or perfection without the normal weather and outdoor hurdles. The outdoor events have terrain and atmospheric obstacles. Whatever your favorite type of archery is, you should be able to find an adventure at each of these events.

Tess DiNapoli is an artist, freelance writer, and content strategist. She has a passion for yoga and often writes about health and wellness, but also enjoys covering the fashion industry and world of fitness.

How To Be More Comfortable While Travelling

Amazing Things to Do in Queensland

How to Avoid Getting Sick When Going on a Road Trip