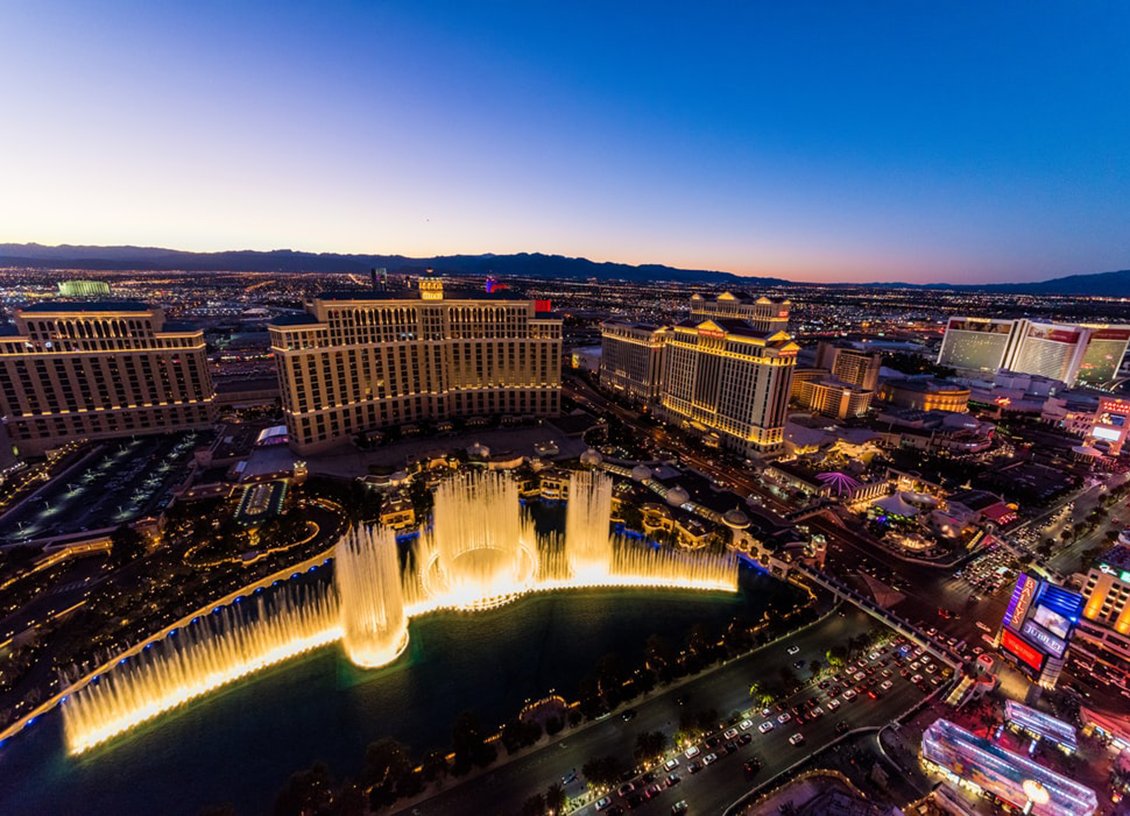 Las Vegas is a world-renowned city, most famous for its huge integrated casino resorts. Last year, over 42 million people visited the city, directly spending $34.5 billion in the city. While Vegas has been trying to diversify its offering to be more than just casinos, the vast majority of people who go there spend at least some time in one or more gaming venues.

Being in the middle of the Nevada Desert, Las Vegas isn’t an ideal day-trip destination for most people. Even when driving from California, you’ll spend around half a day in transit, with almost four hours of non-stop driving from Los Angeles and more than five from Yosemite National Park. That’s why there are over 150,000 hotel rooms in the city, with around 90% of them filled at any one time.

These hotels cater for almost every taste and budget, from two-star hostels that can cost around $23 per night, to luxury penthouse suites that can set you back more than $40,000 for a single night. No matter which hotel you stay in, or your price range, you’ll find that hotels are cheaper during the week. Additionally, try booking directly through the hotel’s own website, as they’re typically the same price there but with the added benefit of being able to take advantage of the hotel’s loyalty scheme.

Here are some of the best and most popular hotels to consider when heading to Las Vegas.

The Bellagio is one of the most famous and recognizable hotels in the city. Its dancing fountains make it a popular attraction on the strip and have seen it be included in many blockbuster Hollywood movies, including Ocean’s Eleven and The Hangover.

As far as location goes, it’s hard to beat the Bellagio. It can be found around halfway along the strip, giving you easy access to many of the most popular tourist sights without having to deal with the crowds, thanks to the large fountains and pool which create a buffer between you and them.

The hotel has everything you’ll need for a stay in Las Vegas so, if you didn’t want to, you don’t even need to go outside. There’s a large selection of swimming pools, countless bars, restaurants, and shops. Cirque du Soleil are also residents in the Bellagio, performing their show “O” in the hotel’s theater.

Located on the other side of the strip to the Bellagio, Caesars Palace also offers a great location to its guests. It’s kept the same Graeco-Roman styling since it opened in the 1960s, but, thanks to extensive refurbishment work, it continues to feel fresh and contemporary.

The grounds of Caesars Palace are huge, so big in fact that Formula 1 and CART held Grands Prix in its car park in the early 1980s. This vast space has allowed Caesars Palace to build a large shopping mall, 13 restaurants, and a large pool complex, all themed around Ancient Rome. The theater at Caesars Palace is world-class and was the venue for the residencies of both Elton John and Celine Dion.

The Strat Hotel, Casino and SkyPod

The Strat, which was formerly known as the Stratosphere, can be seen from just about everywhere in the city. It is a 2,400-room hotel located to the north of the strip. As well as a large casino and a wide selection of restaurants and bars, The Strat is most notable for its white knuckle attractions at the top of its observation tower.

Guests and visitors can strap into the Big Shot, a vertical launch tower that fires them up into the air, reaching 1,081 ft at the highest point. There’s also Insanity, a large arm that spins riders in a circle over the edge of the building.

Then there’s X-Scream, a ride you may have seen thanks to the many viral videos that have been uploaded to social media sites. Riders sit in a roller coaster car, but instead of traveling along a closed-circuit track, riders roll backward and forward along a short piece of straight track. The track pivots like a see-saw, giving the impression you’re going to fly off the edge of the building.

If you prefer something more sedate, there’s also the Top of the World restaurant, where you can enjoy delicious food and drinks with views over the entire city.

4 Gastronomic Delights to Try on Your Next Trip to China