Florida Keys: A Tour of Papa’s Pilar at the Hemingway Rum Company 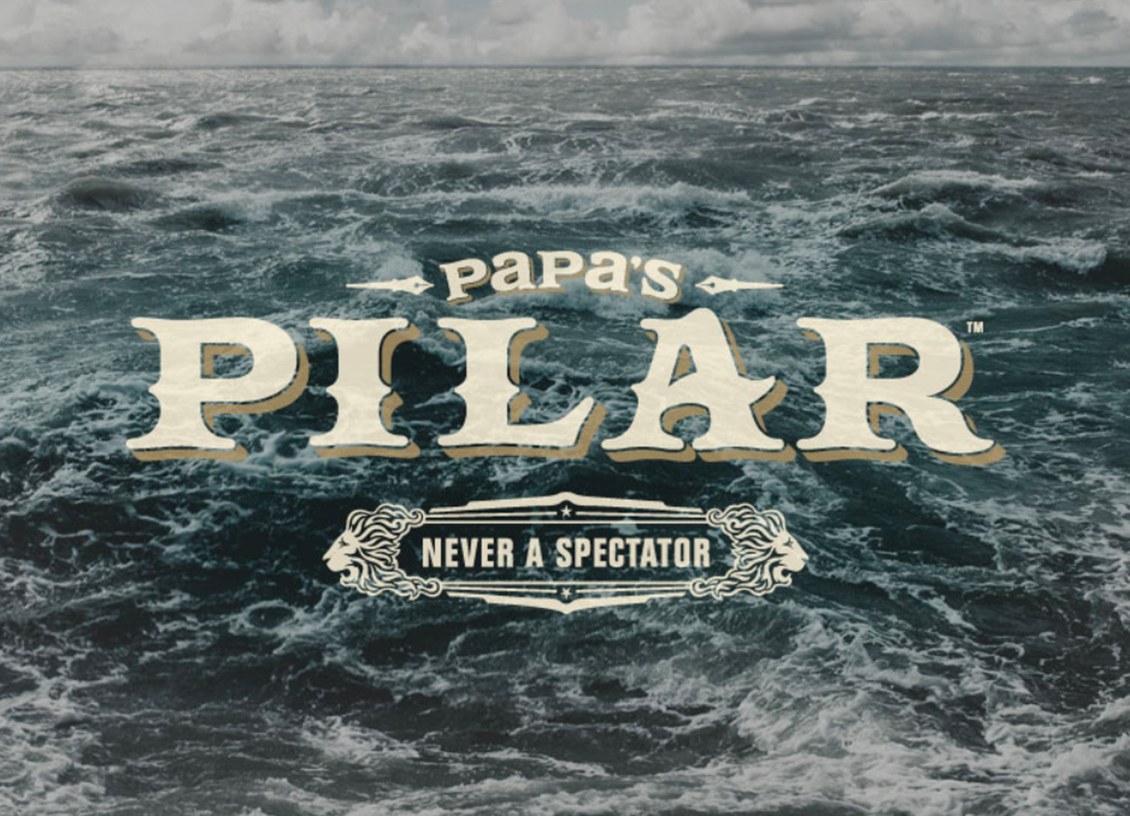 Disclosure: Our tour was covered by Papa’s Pilar and The Florida Keys. All opinions are my own.

On a visit to the Florida Keys earlier this year, I had the pleasure of going on a distillery tour of the Hemingway Rum Company. The tour was entertaining, educational, and tasty! Why tasty? Because the tour also included a tasting at the end.

The Original Spirit of Rum

Rum has a long history of life on sea. Served aboard warships, or consumed by explorers looking for new land, rum was the spirit of choice.

Whether sipping it aboard his fishing boat, or enjoying it at a bar in Havana Cuba, rum was Ernest’s go to spirit. Papa’s Pilar pays homage to the original spirit of rum. 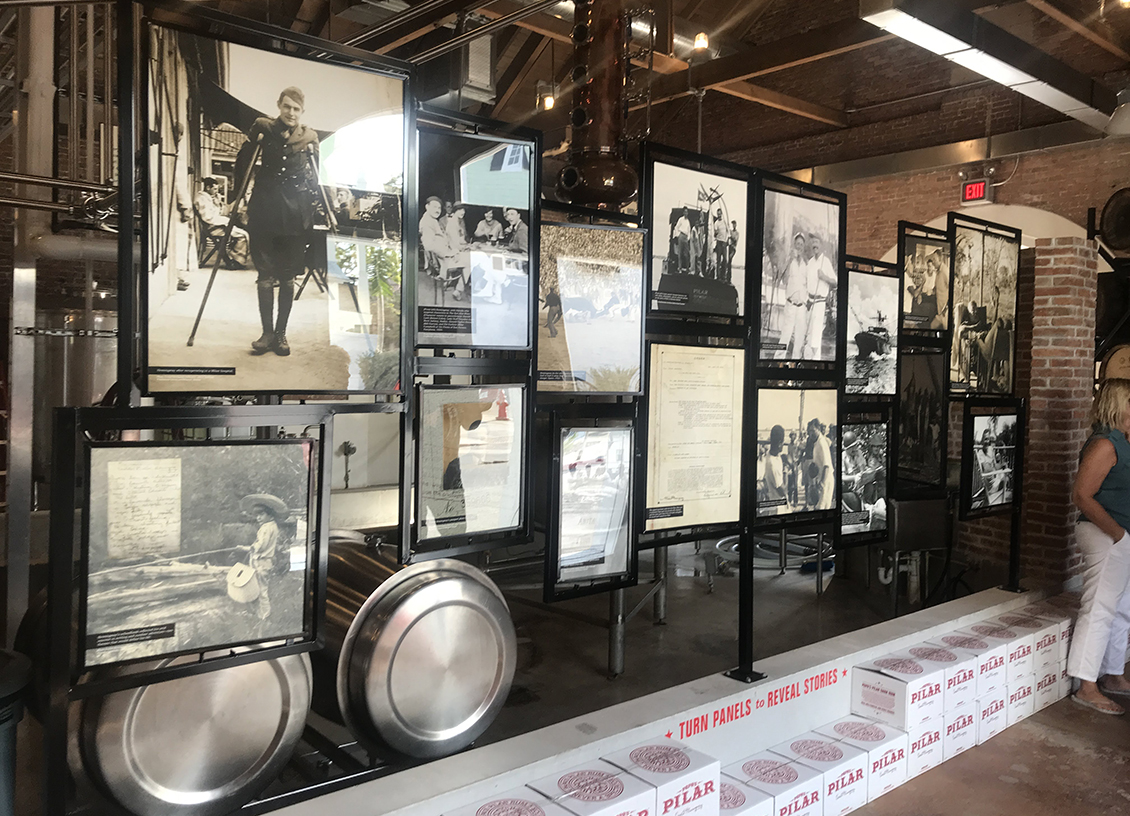 Papa’s Pilar: What’s In A Name

In what was probably one of the most interesting parts of the tour, we learned about the meaning behind “Papa’s Pilar”, and why the rum took this name.

Ernest Hemingway loved his travels in Europe, where often, he would hear kids referring to their father as “Papa”. He loved the term so much, that he asked those around him to call him “Papa”. 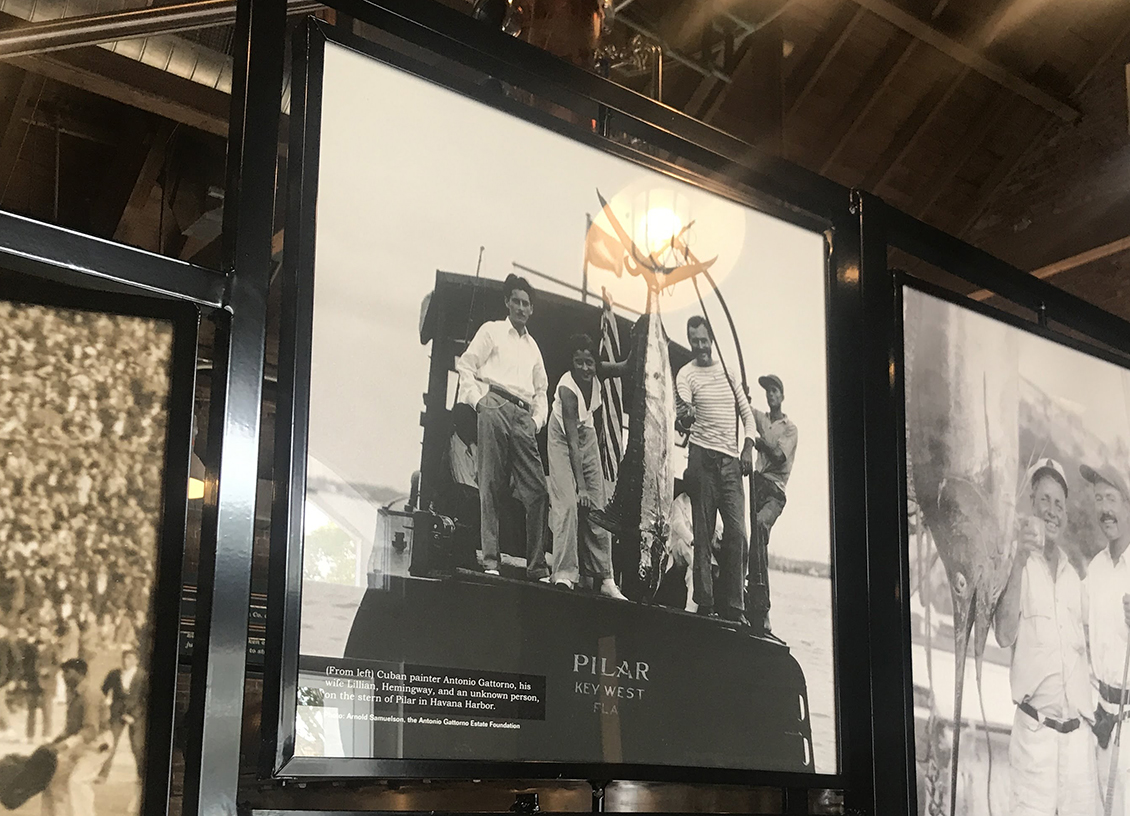 Ernest nicknamed Pauline “Pilar” when he met her, and he would often go fishing off the coast of Cayo Guillermo, Cuba near Pilar Beach. 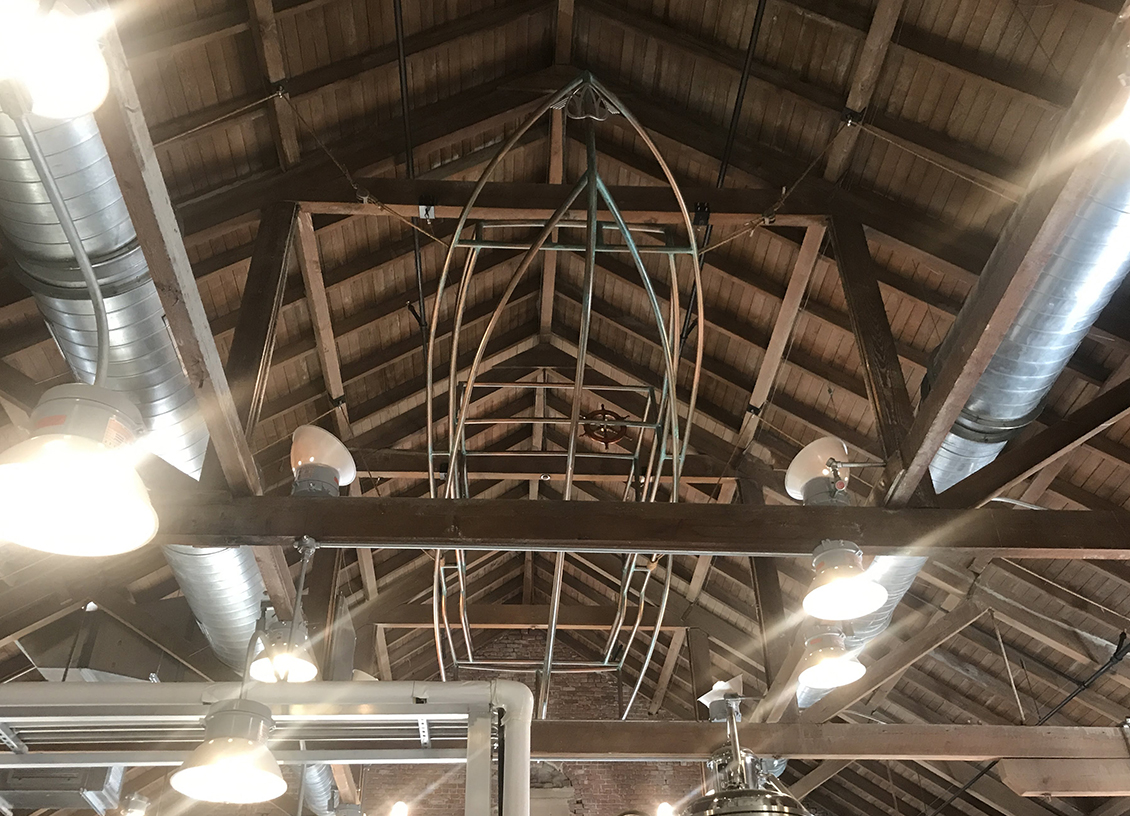 There is a custom skeleton of Hemingway’s beloved vessel, the 38’ Wheeler Playmate named Pilar, which hangs from the rafters above the distillery floor.

With deep roots in history, and inspired by Hemingway’ appetite for adventure, it seemed fitting for The Hemingway Rum Company to call their new rum, “Papa’s Pilar”. 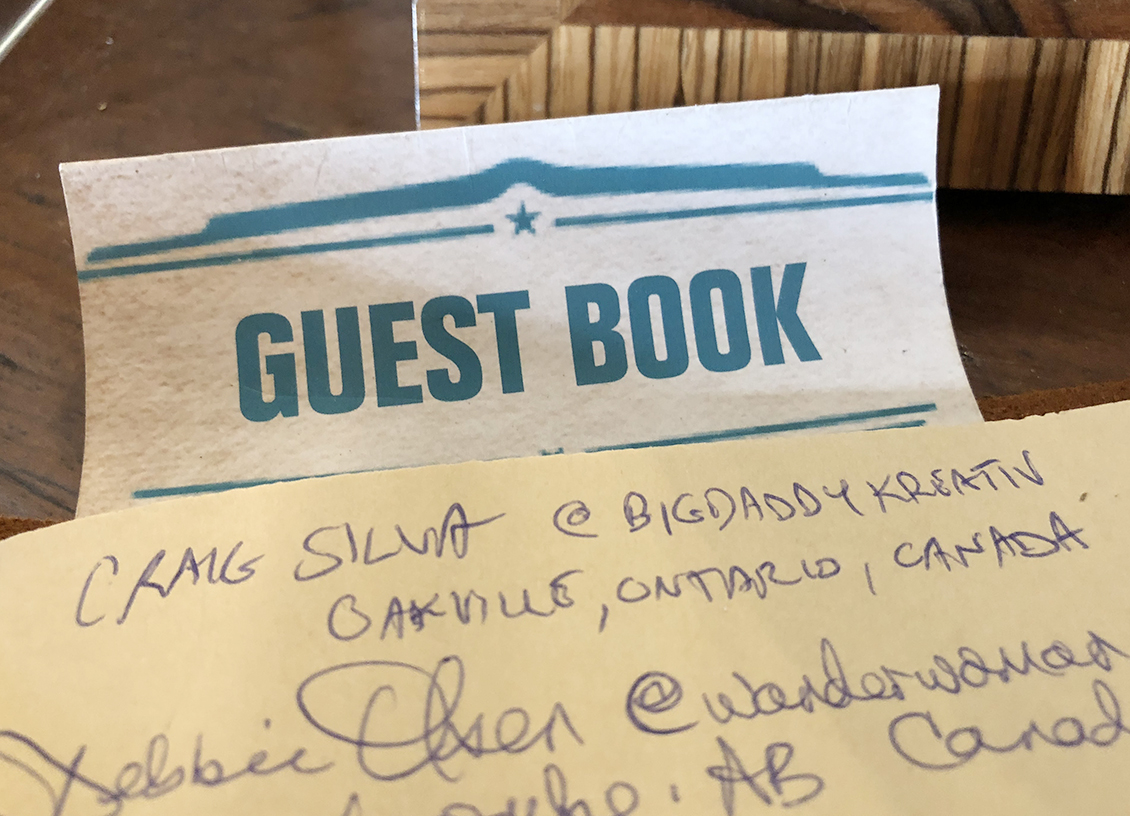 I started off my tour of the distillery by signing the guest book. 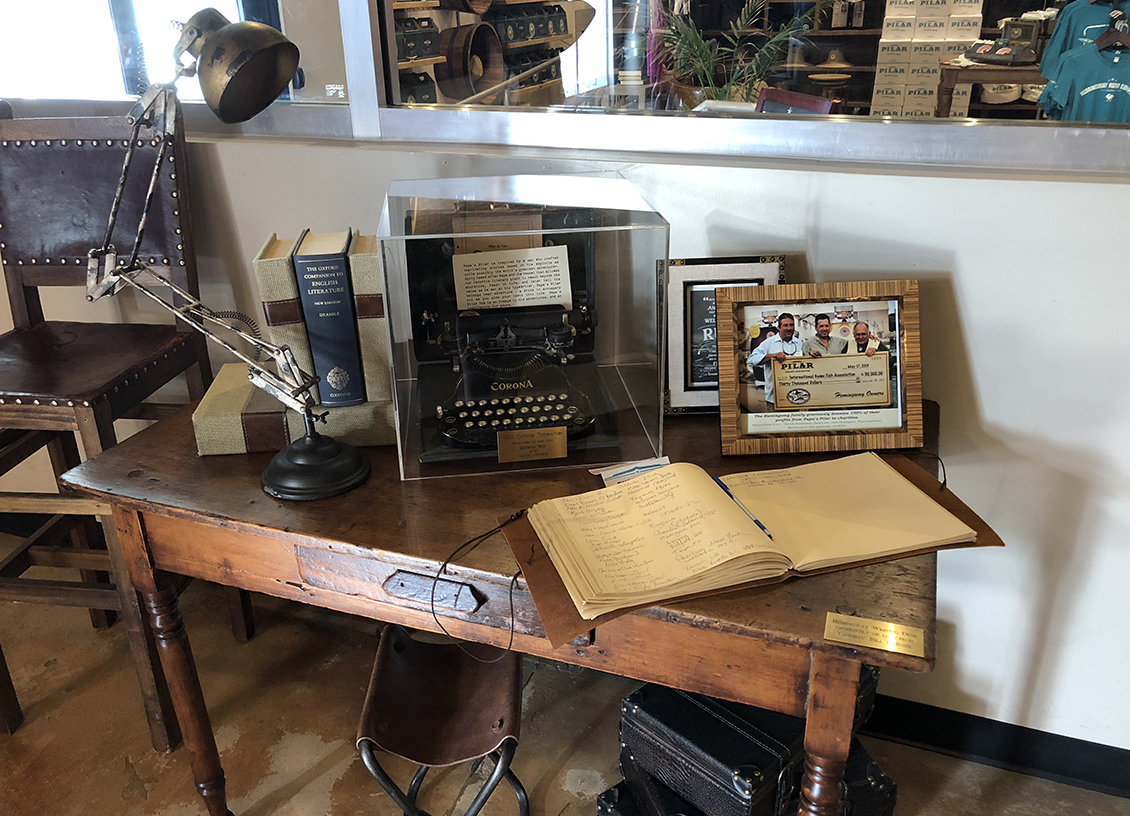 The glass enclosed typewriter on the desk is the exact model that Hemingway used to write his books, but not the actual one. 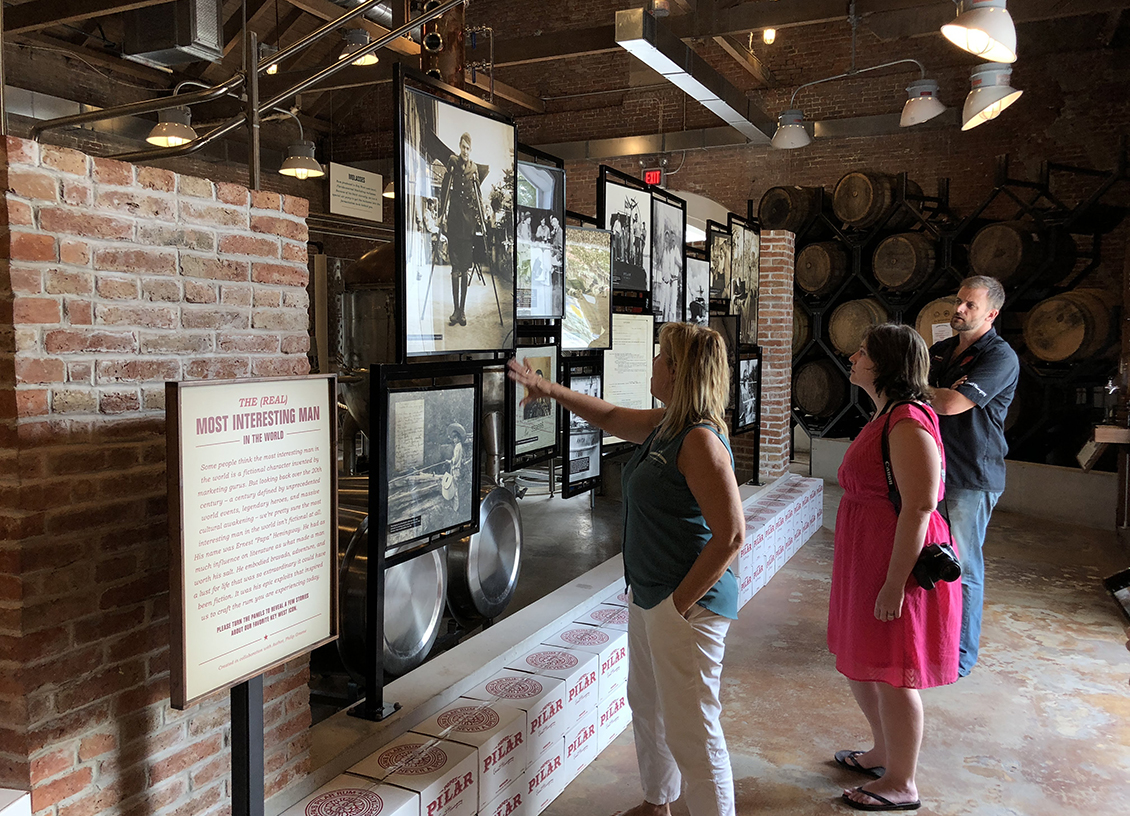 Ernest Hemingway was a prolific author, who wrote several books and short stories. He also spent time writing for newspapers, including ones in the USA, Canada, and overseas. The recipient of the Nobel Prize in Literature in 1954, Hemingway spent time in Key West Florida, where he had a home with his second wife, Pauline Pfeiffer. He was a traveller, a fisherman, a boxer, an ambulance driver, a husband, a man of many talents, and a source of amazing literature. 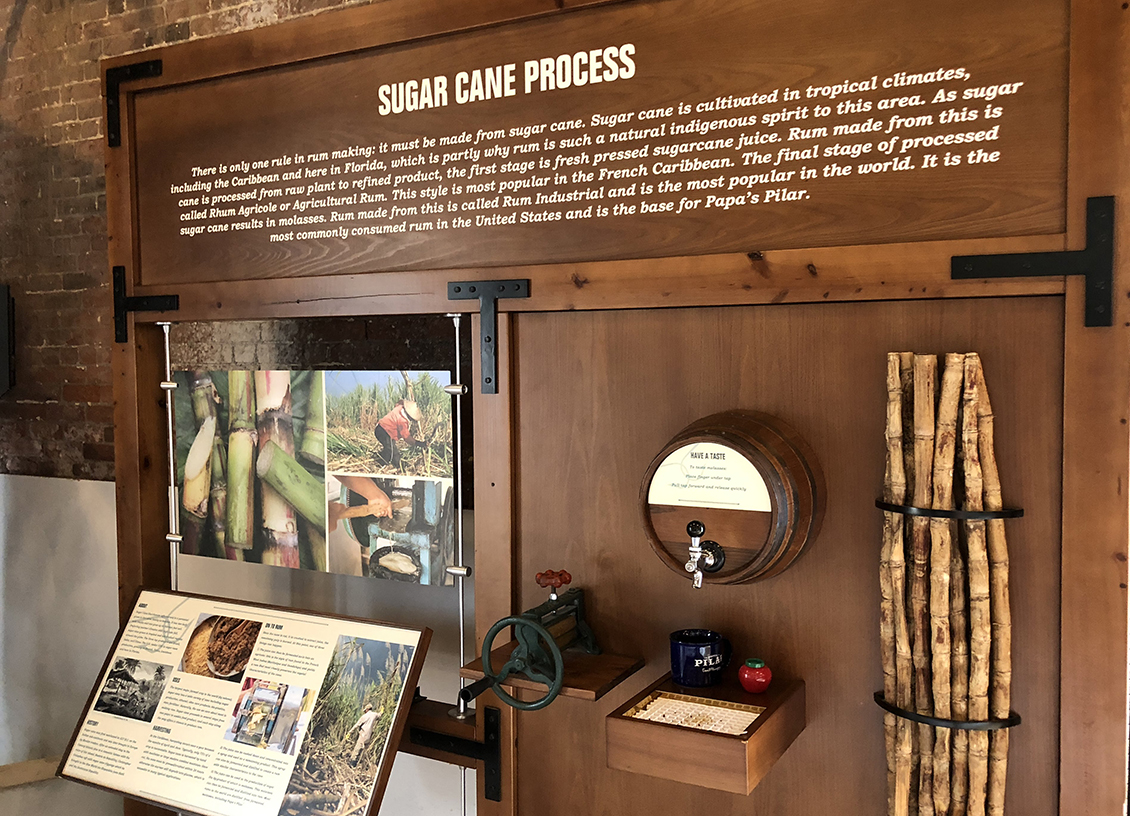 Rum is made from sugar cane, which is harvested in tropical climates. The fresh pressed juice is extracted from the sugar cane, and made into molasses. Water and yeast are added to the molasses, and the fermentation begins. Once the fermentation is complete, it moves on to the stills. 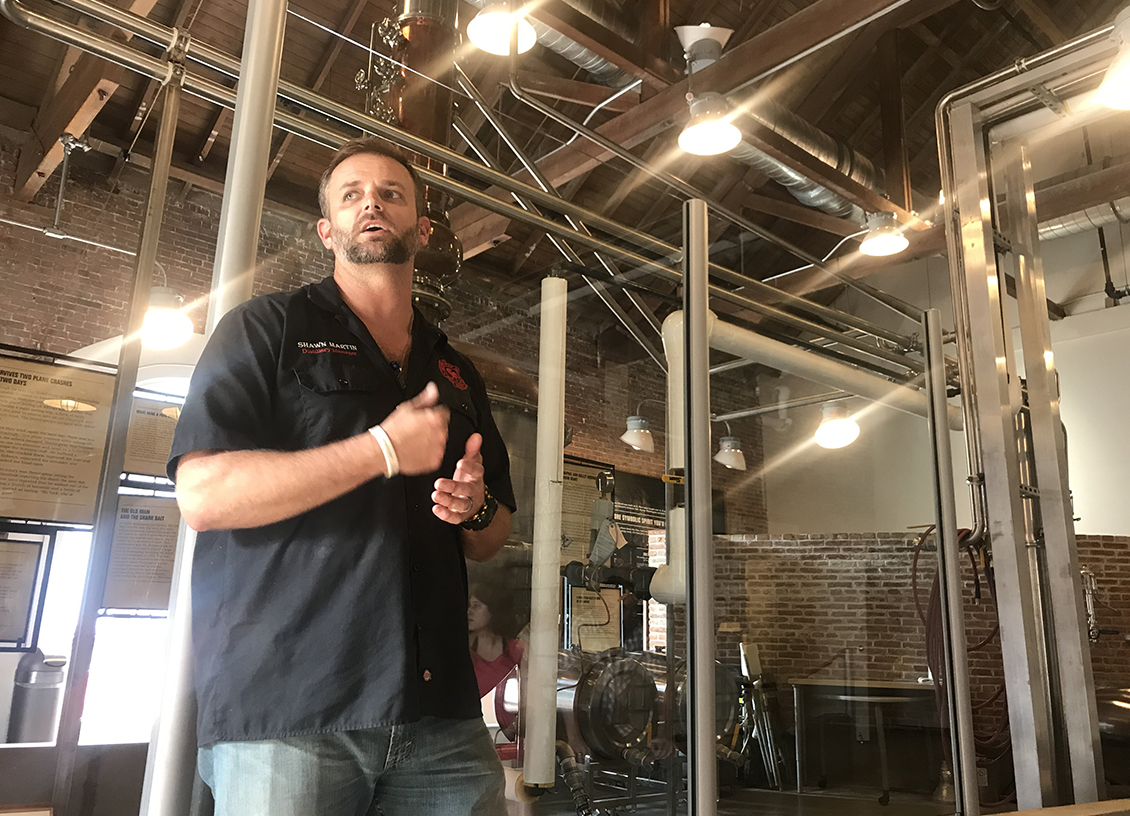 The distillery room is quite warm, as heat is required for optimal rum making conditions. The liquid runs through to the stills, beginning the multi-step distilling process. 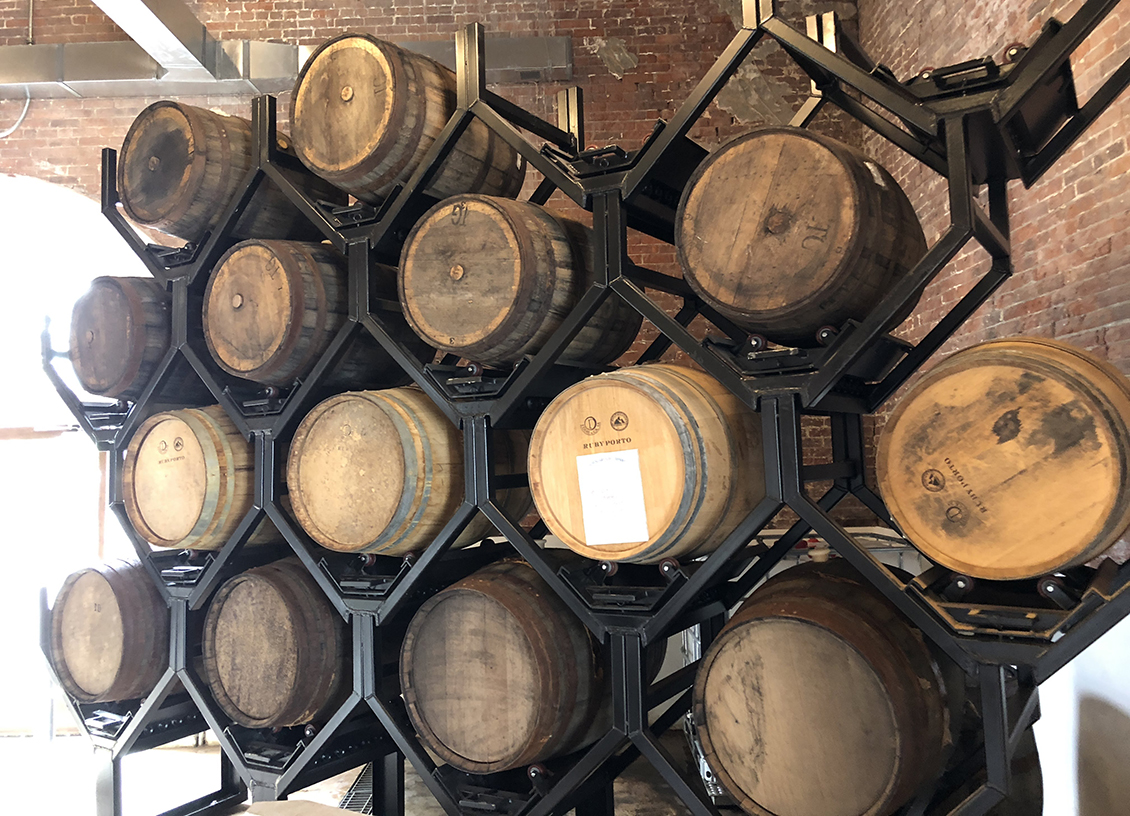 As Papa’s Pilar is a blended rum, the product is then blended with other rums, placed in barrels, and rotated through the ageing rack. Here, it will be rotated, blended more, and kept until the brewmaster says it is good t be bottled. 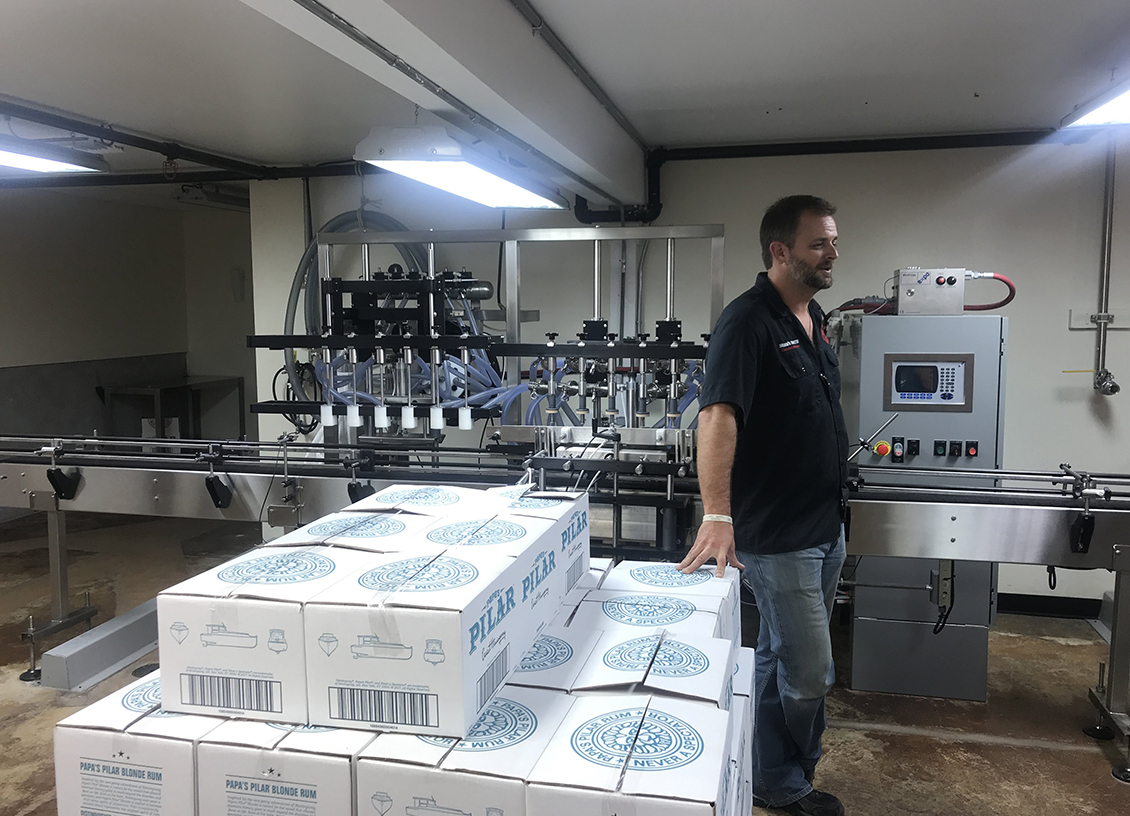 The magic happens in the distillery, but it is bottled in here. After the bottles are filled, they get capped, labeled, and the chain is added to give it that classic canteen look. After that is finished, the bottles are ready to be packaged for shipping.

The resemblance of the bottle used for Papas Pilar rum to a World War II canteen is not a coincidence. When The Hemingway Run Company was brainstorming ideas for the bottle, they wanted something iconic. Something that was different. Although used by soldiers in wars, canteens were also used by adventurers, scouts, explorers, hunters, and sailors. This was a tribute to Hemingway’s sailing days aboard the Pilar, and a fitting one at that.

If you go for the tour and tasting at The Hemingway Rum Company in Key West, be sure to stop by the Selfie Chair in the distillery. The chair is something you would find on a fishing boat. Take a pic of you in the chair, post it to your Instagram channel (must be a public profile), and tag #PapasKeyWest. Do you see that picture used in the background? It’s made up of thousands of little pictures of Ernest Hemingway throughout his life, and people who have stopped to take pictures in this very spot.

When The Hemingway Rum Company have enough pictures, they are going to create another background, and you could be on it! You get a place to take a memorable photo, and it could potentially be used on the new backdrop. So awesome!

Of course, if you just want to take a picture as a memory of your visit, and not post it to Instagram, you can do that. This station encompasses all that Hemingway loved, and makes for a wonderful memento of your visit to The Hemingway Rum Company.

Guided Tours
The are guided tours every hour starting @ 11:00am
Tickets: $10 per person

Get Social with Papa’s Pilar

4 Gastronomic Delights to Try on Your Next Trip to China