Our love affair with family time and @Netflix_ca. #StreamTeam 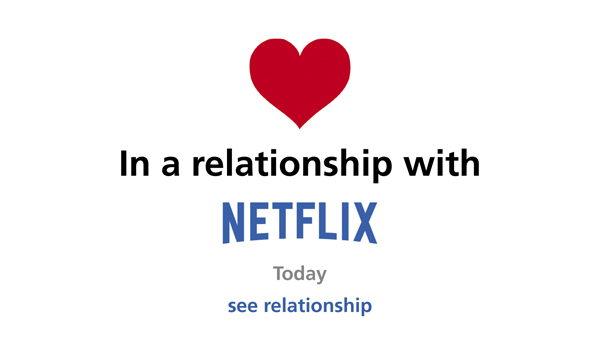 We don’t need Valentine’s Day to dictate when to show our love. Love is always in the air at our house. I often will do little things for Wendy and the girls to show my love – it may not be what most may consider “romantic”, but I would rather be there for them always, and show how much I love them at all times.

That being said, I was out picking them up some chocolate for Valentine’s Day, and bought them these beautiful flowers – just because.

For me, spending time with my family, cuddles on the couch, watching TV together, reading together, having a family board game night – that is love.

Romance is in the air on Netflix!

Here are some fun romantic movies that are currently playing on Netflix:

At age 40, there’s one thing Andy hasn’t done, and it’s really bothering the sex-obsessed guys at work, who set out to help get him laid.

This move is full of laughs from beginning to end. Andy finds himself in crude, yet hilarious situations, thanks to his work mates. The waxing scene made me laughing so hard, it brought tears to my eyes.

Desperate to save their marriage, a couple convinces three other couples to go in on a group rate price for a retreat designed for troubled unions.

This fun and goofy comedy is vintage Vaughan. Laughs from beginning to end, with a great supporting cast.

Kevin Bacon shot to fame as Ren McCormick, a decidedly urban teen who’s transplanted to a small Midwestern town where dancing is outlawed.

I love this movie, and the soundtrack is amazing! A fun flick with lots of great dance scenes, and plenty of teen angst. A must watch.

When an overbearing book editor learns she’s in danger of losing her visa status and may be deported back to Canada, she forces her put-upon assistant to marry her.

Ryan Reynolds and Sanda Bullock have great chemistry in this fun romantic comedy, but Betty White steals the show. Ryan and Sandra singing along to a “Prince” classic is a fun scene.

After falling for a pretty art teacher who has no short-term memory, a marine veterinarian has to win her over again every signle day.

As much as his movies can sometimes be really off the wall, this romantic comedy is really cute. One of Sandler’s best flicks.

Meddlesome Beverly Hills high school student Cher gets more than she bargains for when she gives a fashion-challenged student a makeover.

Another fun teen movie, with a great cast.

The Many Reasons to Need Van Insurance

Wedding Ring Styles From Each Decade