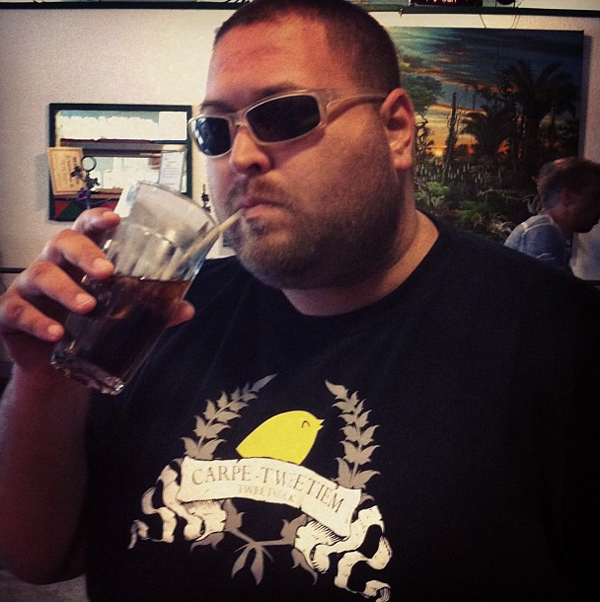 I had a milestone in my health journey squeak by recently. I just passed 6 months without one of my biggest vices… soda pop.

A bit of background on this vice

Back when I was still in high school, and rarely drank soda pop. I loved juice, milk and water. I would have the odd soda here and there, but not regularly.

Then I got a full time job as a security guard. It was the night shift. Working nights really takes a toll on you. Especially your sleeping habits.

I was sleeping after school, when all of my friends were out having fun. So I found myself hanging out at school for a bit to spend some time with my friends, or my girlfriend at the time.

This was great for my social life, but not so great for the amount of sleep I was getting.

I averaged 4-5 hours of sleep per evening… if I was lucky. Working full time at a job where you had to be alert, and then going to school full time… it was tough. But, I was driving a vehicle I paid for myself, while most people I went to school with were still driving their parents vehicles. Working hard and earning everything I have is in my blood.

So how does this relate to soda pop?

Well, as I had mentioned, working nights were taking a toll on me. I was finding it increasingly difficult to stay awake at night during my work shifts. So I turned to coffee. I knew that caffeine would keep me awake. Luckily, there were several Tim Hortons on the route to work. I tried coffee for about a month or so, but it just wasn’t cutting it.

In the security hut I worked in, there was a small bar fridge. The daytime security guard used to keep it stocked with cola.

I didn’t care what it was doing to me internally… I was young and stupid. Soda Pop became a constant in my life.

I was never a smoker. I didn’t do drugs. But I did drink alcohol. When I was in my late teens and early 20s, soda pop, became a mix for my favourite alcoholic beverage… rye whiskey.

But I didn’t just consume soda pop with booze. I drank a lot of it by itself. I would say I would average 2-3 cans a day. Average.

I started to pay for this vice…

As time went on, and my soda pop intake increased, so did my weight.

As time went on, the amount of soda pop I drank increased. Last July, I turned 40. I thought to myself… I have a beautiful wife, 2 amazing daughters, a super cute and cuddly dog, we live in an awesome neighbourhood, I love my family and friends, I have a great career with an awesome company… but my health sucks. You would think that all those things I listed above would be motivation enough for me to do something about it. I had the support of my family. I just didn’t do anything about it.

Going away for the weekend

Last September 6-8, Wendy and I took the girls to Viamede Resort. On the drive up, we stopped at a convenience store to pick up snacks. I bought a 12 can pack of cola.

We arrived at the resort, and I cracked open my first one while we were unloading the truck.

After dinner, we decided to play some cards (Uno). While playing, we had snacks and drinks. Wendy and the girls had water. I had cola.

The next day, it rained all day, so we spent the day indoors watching movies and playing more Uno. I kept drinking the cola.

That evening, while watching a movie, Rachel went to the fridge to get a bottle of water. I asked her to grab me a can of cola. She said “Daddy, there are no more. You drank them all.”. What is in cola?

I could go on about all the bad stuff found in soda pop, but I won’t. I am going to concentrate on one thing. Sugar. Today’s soda pops use high fructose corn syrup as a sweetener. Now if you compare this to what the equivalent would be in amounts of sugar, it would be about 10 teaspoons of sugar per 355ml can, or 39g. 1 teaspoon of sugar is the equivalent of 4g of sugar.

Now… rewind to our weekend away. I had 12 cans of cola in 24 hours. Not including anything else I had consumed in that time, the cola I drank had 120 teaspoons of sugar in it. That’s approximately 468g of sugar.

Just one of the factors that lead to my health journey

On the drive home, I felt like garbage. I looked over at Wendy, who was driving, and said “I drank a whole case of pop this weekend. I feel miserable. I’ve got to stop.” Wendy was very supportive, and said “you can do this Craig… you don’t need pop. There are other things you can drink to refresh yourself.”

That was the last pop that I had.

I wrote a blog post back in November, about 2 months after I started changing my lifestyle. Soda pop wasn’t my only issue. But you can read that post to find out the others. Someone had asked me a couple days ago about my health journey, and how it was going. The topic of soda pop came up, and it was then that I realized that I just passed 6 months without soda pop. Six months. I don’t miss it. I don’t need it. I refresh myself with good liquids now. I eat healthy. I drink healthy. I have no plans of turning back. I am proud of me.

What healthy milestones have you reached that you are proud of? I’d love to hear about them.

Are Dental Implants Right For You? Here Are Four Reasons to Consider Them!

5 Ways to Impress People at the Gym

The New Self-Worth Balance Technique to Improve Your Mental Health