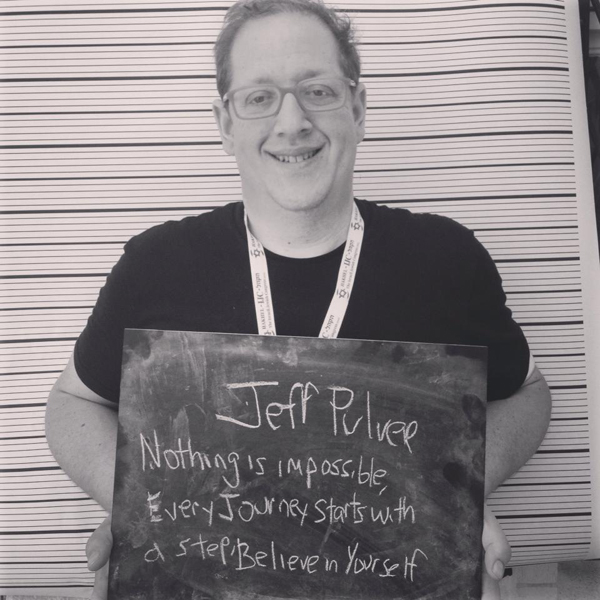 I had been aware of my weight issue for a long time. Growing up, I was skinny / not over weight until I was in my mid 20s. By the time I turned 26/27 my weight and waist started to grow. Being 6 foot 3 had its advantages as I could get away being big and I didn’t anything to address my weight issue at that time.

Exercise? I don’t need to exercise!

Over the years, when friends suggested I exercise, I would likely suggest the only exercise I did was “exercise judgment.” And I used to think I was managing things well, until late in 2011. It felt like my weight was starting to spiral out of control. One thing lead to another and by early June, 2012 I convinced myself the only way to fight this was to opt for gastric bypass surgery. I went so far to get sign-off from my primary care doctor for the surgery. The reality is that gastric bypass surgery is a surgery of last resort. It was explained to me the surgery should be considered by someone with a BMI (Body Mass Index) of 40 or more (which was me), and only after failing with diet and exercise. The kicker was I never engaged in exercise in my adult life. So I started doing some soul searching from mid-June thru mid-July and I eventually decided to by-pass the by-pass. In doing so, I knew I had to engage in something dramatic. I had to find a way to reboot myself and become someone who enjoys exercising in the gym, watching their weight and cared about their diet.

My recorded weight in June 2012 when I saw my doctor was 334 lbs. If someone told me earlier in 2012 that I was closer to 350 lbs, it would not have surprised me. Back then I was wearing 3XL Shirts and Size 44+ Jeans. At times I was breaking chairs when I sat down. I wasn’t able to eat at a booth when I went to the diner and I always had to sit at the end of the row when I was at the movies. Flying was uncomfortable and sleeping was challenging.

I knew something had to change, and that change was me. I was facing the question of a lifetime – “Should I go ahead with Gastric By-Pass Surgery?” I thank my friend Mel Rosenberg who told me to “Bypass the Bypass” which is the direction I took.

I decided to set a life goal of losing at least 100 lbs and admitted to myself a desire to be able to do a one-armed pushup on the stage of the 92nd Street Y in June 2013 at a conference I wanted to produce. One of my immediate goals was to start building muscle, as I learned the best way to increase my basal metabolic rate was to build muscle. In other words, by building muscle, I would be able to burn more calories during the day without having to do much. And I choose July 24th, 2012 as the day I would start to engage in what can be best described as an intense exercise regiment. It was time for me to wake up, check-in to my health and make something positive happen. So… with the help of a close friend, something special and amazing has been happening to me ever since. When I first started exercising, my workouts did not last more than 7 to 10 minutes. I think the first day of exercise lasted maybe 5 minutes. I had no stamina and no strength. Back then I was exercising in a local park and what I thought would be simple and easy exercises were quite difficult for me. The early exercise days were hard and frustrating. But over time I started to see and feel results. Weight started to disappear. Along the same time, I started teaching myself Tai Chi and I have been using the warm-up Tai Chi exercises as a way to give balance to the start of my days.

I first started working out in a gym at the end of August 2012. It was at the gym that I started to focus on both cardio and weight training. My first couple of weeks on the treadmill I had trouble lasting more than 10 minutes. And the Stairmaster, well that was no friend of mine. At best I was able to last 6 minutes.

By October 22, 2012 I lost 26 lbs, and I started to have something I never had in my life… strength, and the beginnings of the body tone. I gained muscle weight. Those workouts were lasting between 60 to 90 minutes. For the first time I was able to walk up two flights of stairs and not feel out of breath. I still had a big stomach. I continued to work out almost every day with as much intensity I could give. It took everything I could give to get to where I was. I had no regrets for pushing myself into this personal reboot, except for not having the courage for giving this a try sooner.

Since I started my journey, I have grown a strong appreciation for a number of devices which I use daily. This includes the Withings WiFi scale, Withings Blood Pressure monitor and the Jawbone UP Bracelet. The Withings software allows me to see how my lean muscle mass is growing and the reduction of my total weight. For example, by looking at my data, I was able to see how from May 13th to July 12th 2013 I appeared to have only lost 2.5 lbs on the scale but what the weight failed to show was that I also “lost” 12.9 lbs of fat and built 12.9 lbs of muscle during the same time period. This is just an example of why this is about body transformation and not absolute weight loss. I estimate I had already lost more than 100 lbs since I have been building muscle. By July 23, 2013 my net weight was down 93 lbs, and I was wearing Large T-shirts and size 34/36 jeans. It took me a long time to realize this journey wasn’t just about weight loss. My journey was about my body’s transformation together with a total reboot on how I approach my daily life. The highlight of 2013 came Father’s Day 2013 when for the first time in many years, I was able to participate in a basketball shoot around game with my kids. Being able to perform a One Arm pushup on the stage of the 92nd Street Y at #140You was a close second. Overall, living without daily pain in my body, together with the ability to sleep comfortably at night and being able to walk, jog and even run has changed my life.

However, it was not all about working out…

One of the secrets to my success happened when I reconsidered the food I was eating. It was only after seven months of gradually building up on my exercise did I consider introducing changes to my diet. As of December 30th, 2012 I gave up eating wheat and sugar and made a commitment to eating fruits and veggies. I also gave up soda and knowingly eating processed foods. Since the moment I woke up on Dec 30, 2012, I have been living the “wheat free” / gluten free lifestyle. I am not Celiac but I have discovered I do have gluten intolerance.

Ten years ago, I lived the Atkins Diet and carbs were my enemy. I never thought about wheat back then, only carbs. Within a few months after I fell off that diet, all the weight I lost came back (with interest.) This time around my focus was on living, lifestyle and not diet. For the first five months into my journey, I did not make any dramatic changes to my diet or the food I was eating. As a reflection of this, on Instagram I went from sharing photos of blueberry muffins, blueberry cake and blueberry pancakes to just sharing and loving blueberries.

I remember spending the first few months of 2013 amazed at how much wheat was in the foods I had consumed in my everyday life. Until I read the book Wheat Belly, I had no idea how different my life could be if I stayed away from wheat.

Going wheat-free was not as hard as it may sound. Dramatic for a moment but not a burden. I enjoy my new lifestyle of (almost) daily exercise and being wheat-free. Also, once you are aware of it, you will start to notice gluten free options are sometimes available in both supermarkets and restaurants. I changed my eating habits and I have no regrets. To make this work I try not to be that extreme about it. I have knowingly had wheat at times during the past year and it was ok.

Overall, being wheat-free has made an amazing difference in my life. I have much more energy, no strong cravings, no hungry feelings, no acid reflux, no stomach cramps, and no allergies. I am sleeping again and my stomach melted. I travel across time zones with ease. My body has truly rebooted. And a recent blood test showed my triglycerides were 54! By combining daily exercise and a wheat-free lifestyle, I was able to “Bypass the Bypass” and avoided going down the route of gastric bypass surgery. If you are thinking of making a change in your eating habits and considering going wheat free, please give it a try for 21 days. It may very well change your life like it has mine.

Feel free to ask any questions about my wheat-free journey either in the comments or by private message on Facebook, or tweet me. I am here to help, and happy to share my experiences with anyone who may benefit.

Remember… nothing is impossible. Take Charge Of Your Health In 2022 And Beyond