James Spader stars in “The Blacklist” on @Global_TV! #TheBlacklist 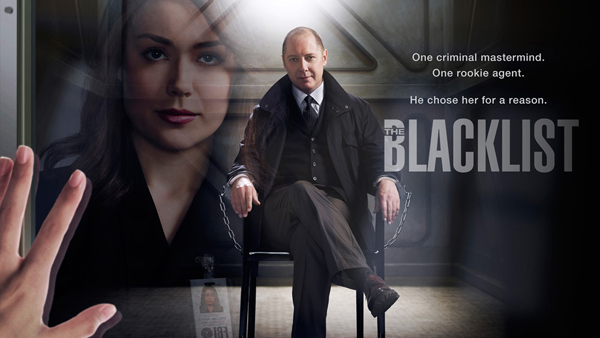 I don’t watch a lot of TV. Let me rephrase that… I do watch TV with my daughters, but it is mostly children’s programming. My biggest guilty pleasure is watching wrestling on Monday nights. But since September, I have had a dilemma.

A new show started this season that was very intriguing. The Blacklist, starring James Spader, debuted on September 23, 2013. Wendy and I saw the description of the show and the commercials leading up to the season premiere, and really wanted to work this into our Monday evenings. So, we decided to PVR my wrestling show so that we could watch The Blacklist together.

James Spader is one of my favourite actors. I remember back in 1985, he starred in a movie called “Tuff Turf“. He played a trouble-maker teen from Connecticut (who’s father loses his company and yacht club membership), who moves to an apartment in the San Fernando Valley. Spader’s character, Morgan, falls for the local gang-leader’s girlfriend. Trouble ensues. Ya… typical 80s flick, but I loved it.

Then came Spader’s snobby portrayal of “Steff” in the John Hughes’ classic, Pretty In Pink, in 1986. Yes, Molly Ringwald was the star, and Jon Cryer kinda stole the show as “Duckie”, but Spader’s awesome performance of the stereotypical rich kid is what put him on my radar.

20 years and many great movies and television shows later, Spader finds himself in The Blacklist, playing Raymond Reddington. I had already decided he was going to be my favourite character. He’s the bad guy you want to cheer for.

Raymond, or “Red” as he is referred to in the show, plays an ex-federal agent turned fugitive, who has alluded capture for years.

What is The Blacklist?

During his time as a criminal, Red compiled a list of fugitives, some of whom were unknown the FBI. He called this “The Blacklist”. After turning himself in, and helping Liz catch the first terrorist, he reveals that there is more to his offer. He is offering to help the FBI find other criminals from his Blacklist. He essentially becomes the FBI’s secret weapon.

There is no way I am going to miss an episode now!

The season premiere sees Red turn himself in to the FBI… on one condition. He will only speak with rookie profiler Elizabeth “Liz” Keen. He seems to have a soft spot for Liz. As well, he knows a something about Liz’s past… about her father. Red agrees to help Liz catch a terrorist. As well, he has promised to give up everyone he has worked with in the past… people on his Blacklist.

The ongoing tension between the characters is brilliant. They all have secrets. Red knows information about Liz, but won’t tell her. Liz’s husband Tom, played by Ryan Eggold, is very secretive, and seems to be playing a double life.

Harry Lennix, an accomplished film and stage actor, plays tough-as-nails FBI head Harry Cooper. Although he is tough, at the end of the latest episode “The Judge”, his sensitive side comes out to Liz. I’ll let you watch this awesome episode to see his performance (but I do recommend starting from the season premiere).

This coming Monday, The Blacklist returns after a 2 week break with “Mako Tanida”.

You can catch The Blacklist on Global TV at 10:00pm EST on Monday evenings.

I highly recommend this show. If you liked the movie “Silence Of The Lambs”, you’ll really enjoy The Blacklist.

Disclaimer: I was compensated for this post, but all opinions are my own. I was watching The Blacklist prior to being approached to do this review and giveaway.

If you would like me to review your product, service or travel destination, please send me an email at craig@bigdaddykreativ.ca or find me on “the twitter” at @BigDaddyKreativ

How To Ensure Your Phone Is Always Working Efficiently