Get spooky: Lots of Halloween Movies on Netflix! #Streamteam 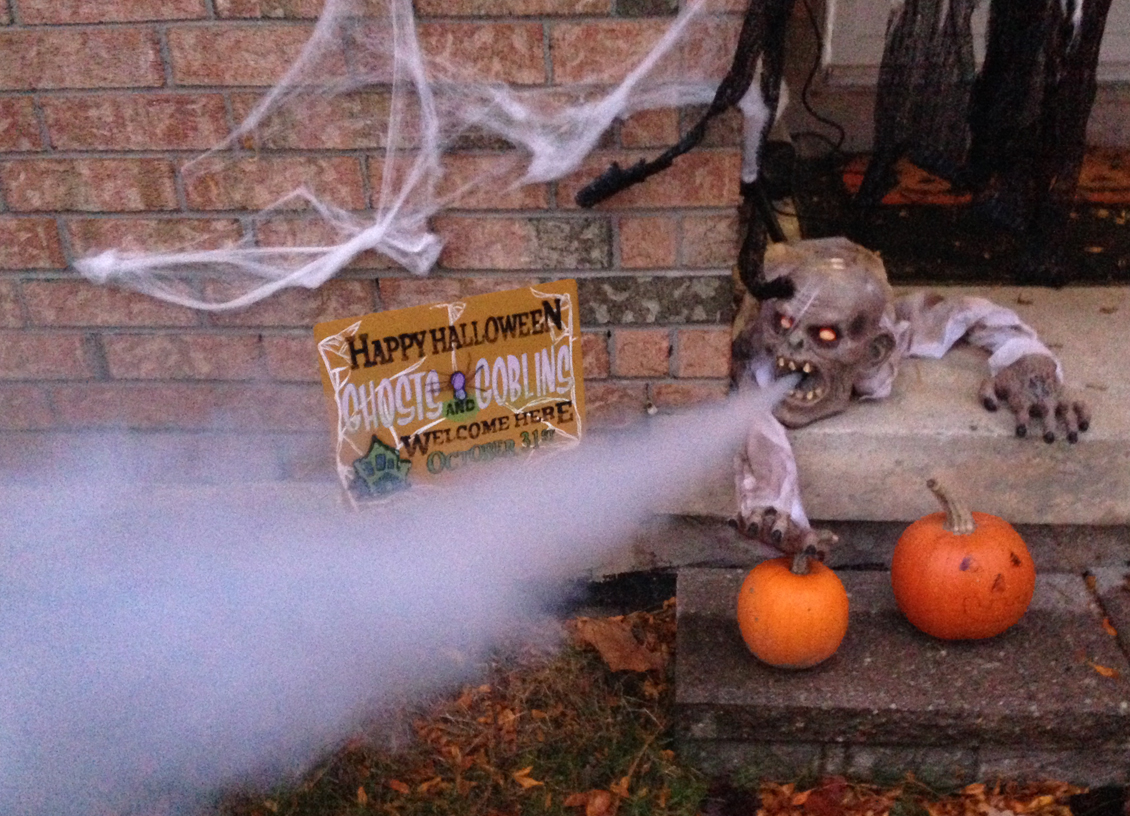 I love Halloween! Dressing up in costume, giving out candy to kids dressed up in their costumes, helping my girls pick out or make their costumes.

We also love to decorate the house both inside and out, and watch Halloween movies. It really is a fun time of year. 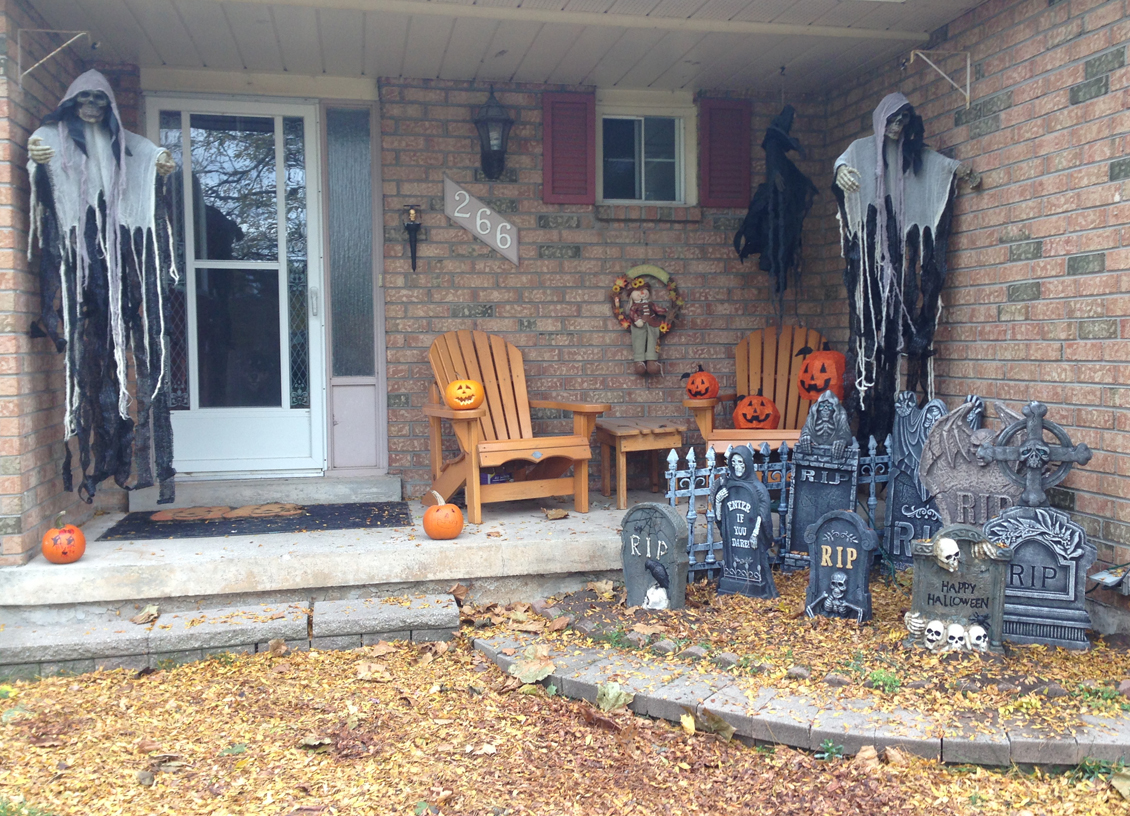 Around Halloween, I love to watch scary movies. It just seems like the best time of year to watch horror flicks. Here are a couple of my favourites: 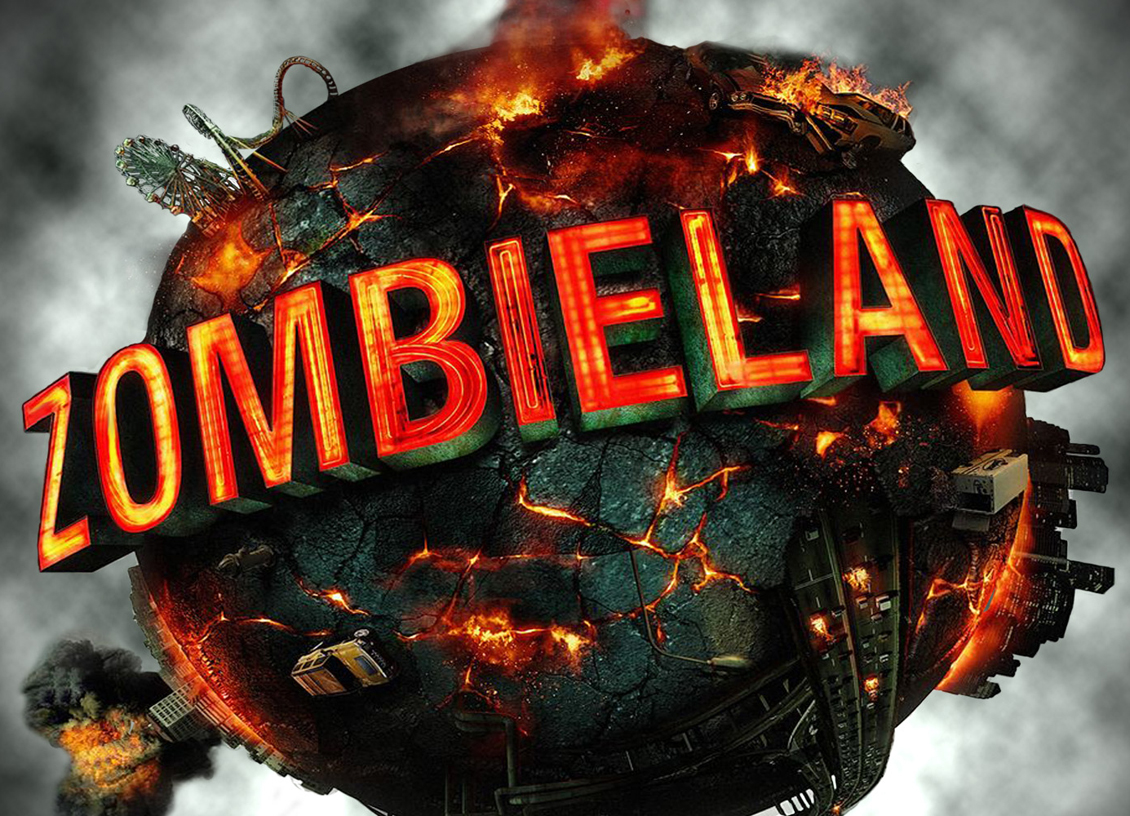 Time to nut up or shut up!

I have always loved a good horror flick. There were a few movies when I was growing up that were billed as horror, but had an element of comedy in them. Zombieland would fall in that category.

Tallahassee (played by Woody Harrelson) is a gun-slinging redneck in search of the last Twinkie, and Columbus (played by Jesse Eisenberg) wants to find his family in a world that has now been infested by zombies. Sisters Wichita (played by Emma Stone) and Little Rock (played by Abigail Breslin) hitch a ride with Tallahassee and Columbus, en route to Pacific Playland, an area that is rumoured to be “zombie free”.

Along the way, Columbus grows fond of Wichita, they run into lots of zombies (and find cool ways to kill them), learn that Columbus’ rules of Zombieland are valuable (but sometimes need to be broken), and have difficulty trusting each other.

A cameo by Bill Murray is the cherry on top for this bad boy! If you haven’t seen Zombieland, it’s time to nut up or shut up, and add it to your list Halloween movies!

“So until next time, remember: Cardio, seat belts, and this really has nothing to do with anything, but a little sunscreen never hurt anybody.” ~ Columbus 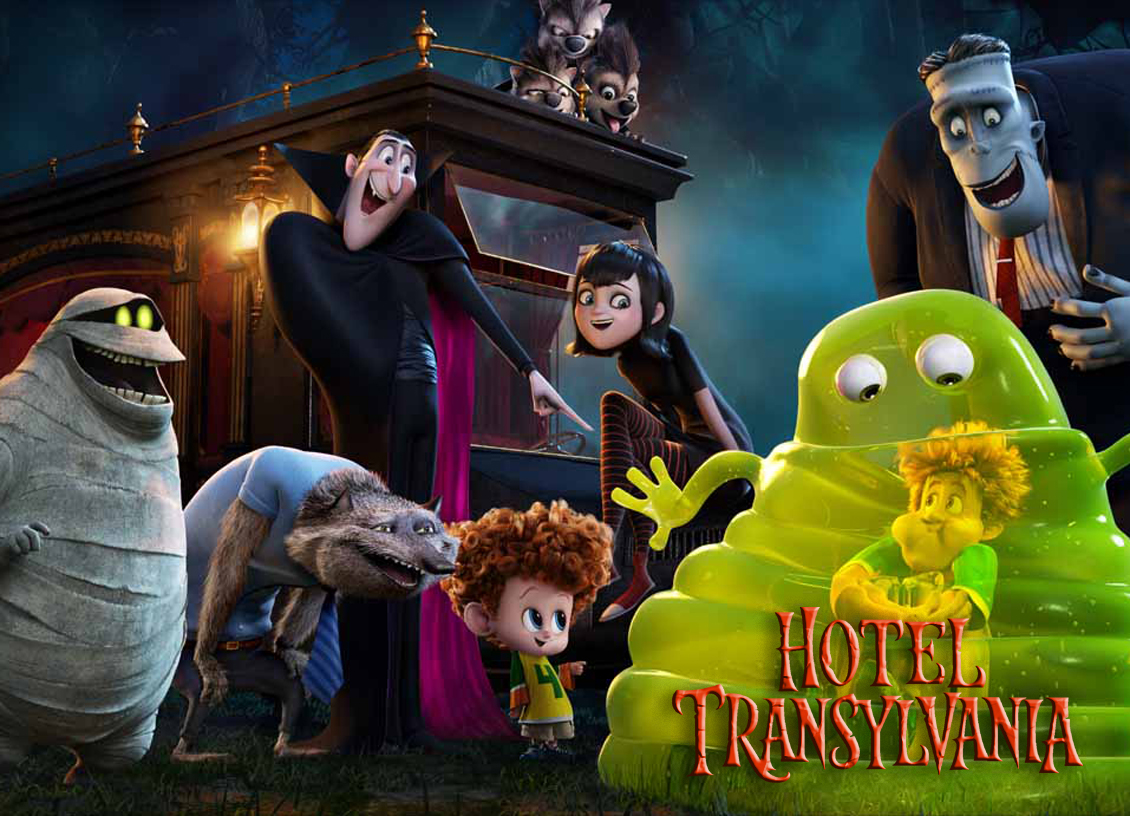 Hotel Transylvania is a family favourite. I’m not even gonna begin to count how many times we have watched it. My youngest daughter Lauren had a Hotel Transylvania themed birthday party last year for her 9th birthday. 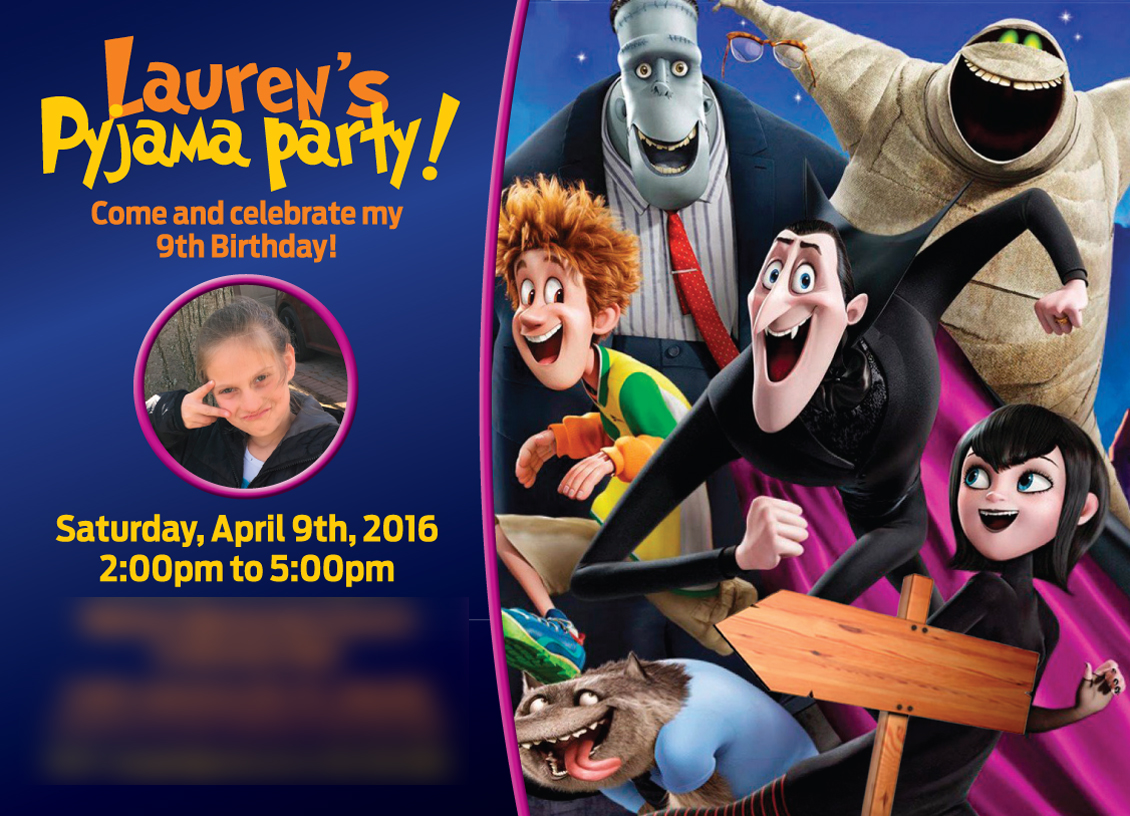 Lauren and I designed the invites together, and we had them custom printed. It was a pyjama party, and all the kids brought pillows. We held it at a local hall, so she was able to invite a lot of her friends. We had pizza and snacks, and at the end, instead of handing out loot bags, we gave each one of her friends a small plastic bag, and we had candy for them to go trick-or-treating to the chaperones. It was a big hit! 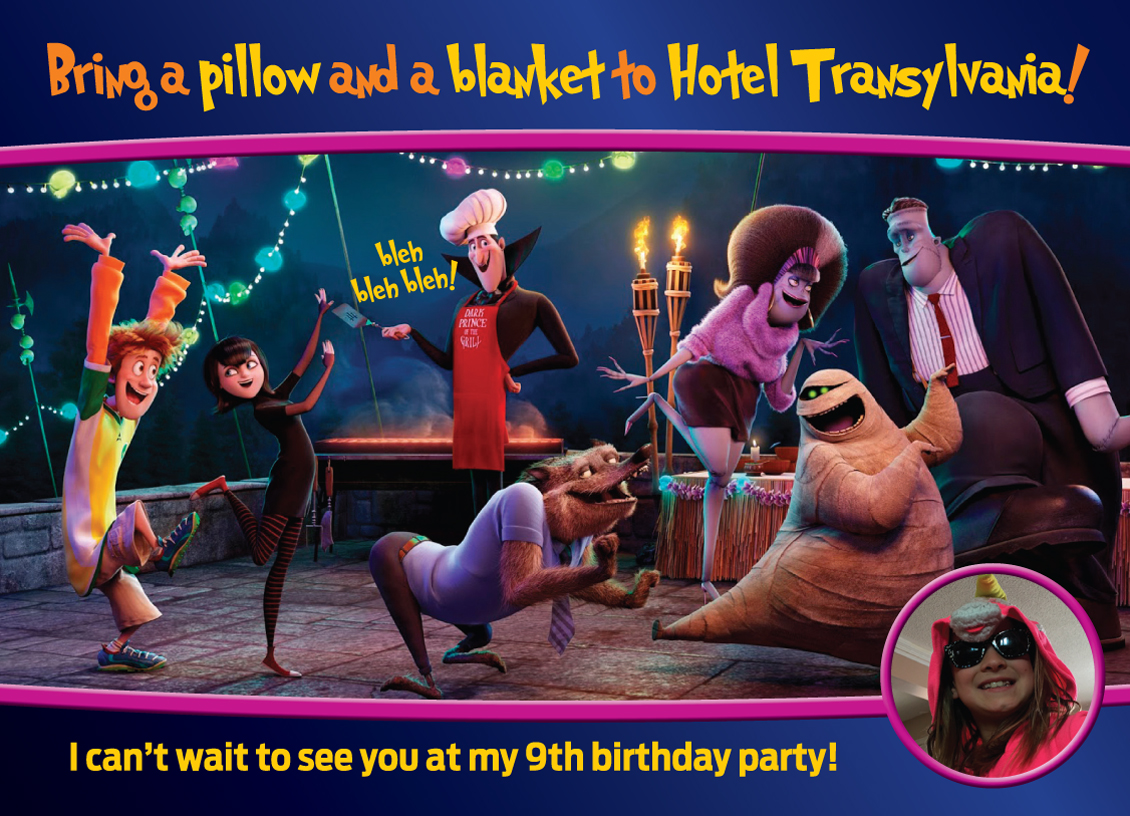 Adam Sandler voices Dracula, owner of a resort that is hidden from humans, where he can bring up his daughter Mavis in a safe environment. He becomes overprotective when a wandering Jonathan stumbles on his hotel while walking through the forest, and falls for his teenage daughter. With lots of fun lines that us adults will love, and action the kids will love, Hotel Transylvania has something for the whole family

Halloween Movies and Shows to Binge-Watch on Netflix 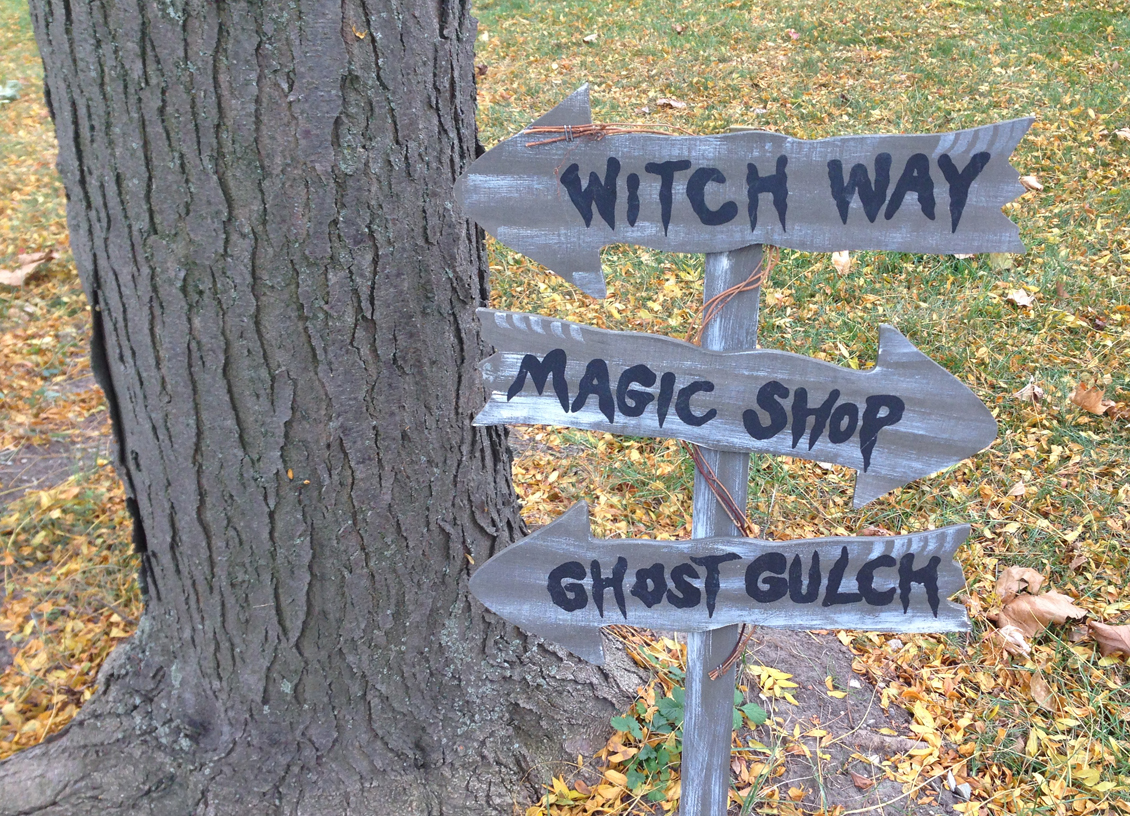 So grab some munchies, and bust open that Halloween candy that you bought for Halloween night (you can always buy some more)… and snuggle in for a spooky evening of scary Halloween movies on Netflix.