Explore Oceania: Things to do in the Australian State of Tasmania. #discovertasmania @tasmania 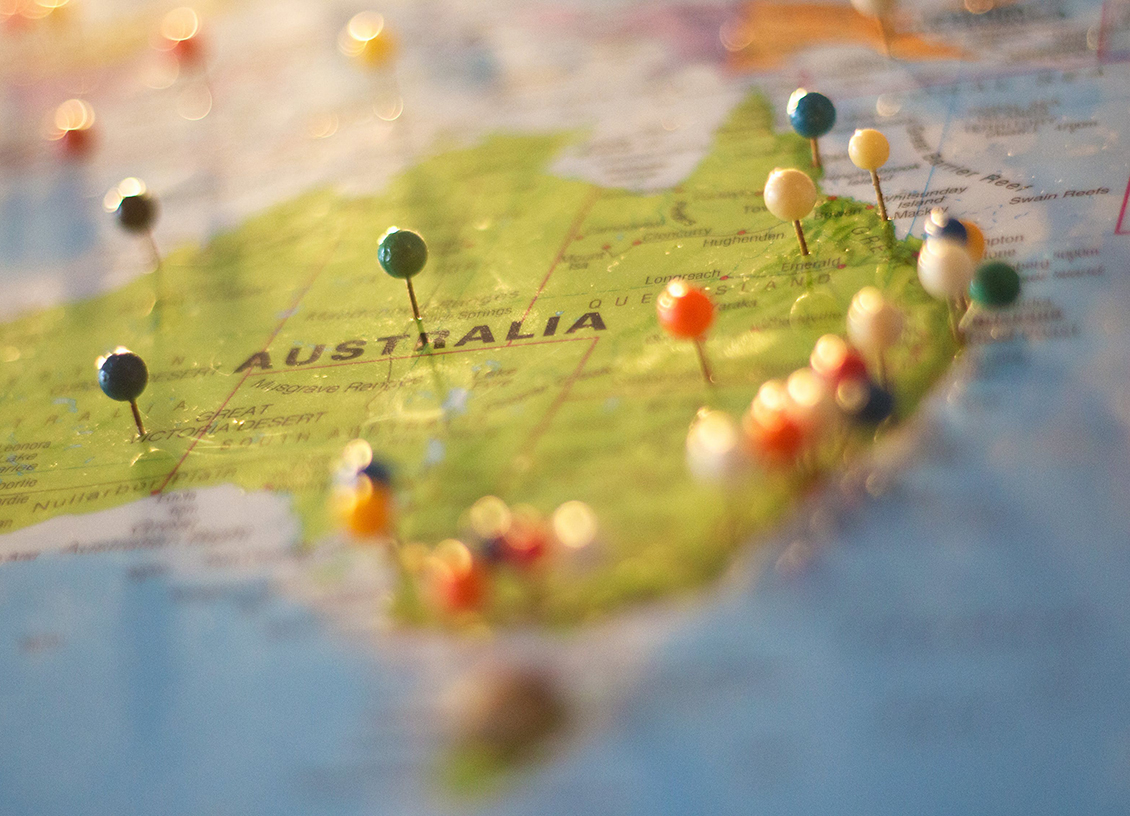 Tasmania is relatively undiscovered as a tourist location, due to the several possible reasons. This Australia’s smallest state, located some 300 kilometers south from the mainland has been immortalized thanks to the Warner Brothers cartoons, so basically, everyone who grew up watching TV knows about it. But, if you ask anyone to tell you something more about Tasmania, the usual answer would be the surprise that it even exists. Anyway, a combination of stormy seas surrounding it and wild nature that occupies most of the island make Tasmania a well-hidden gem for tourists all over the world. This heart-shaped island attracts people with its mystique, fascinating landscapes, unique wildlife, and amazing cuisine. If you ever wondered what to do and where to go if you ever visit Tasmania, this article will try to make your choice easier. 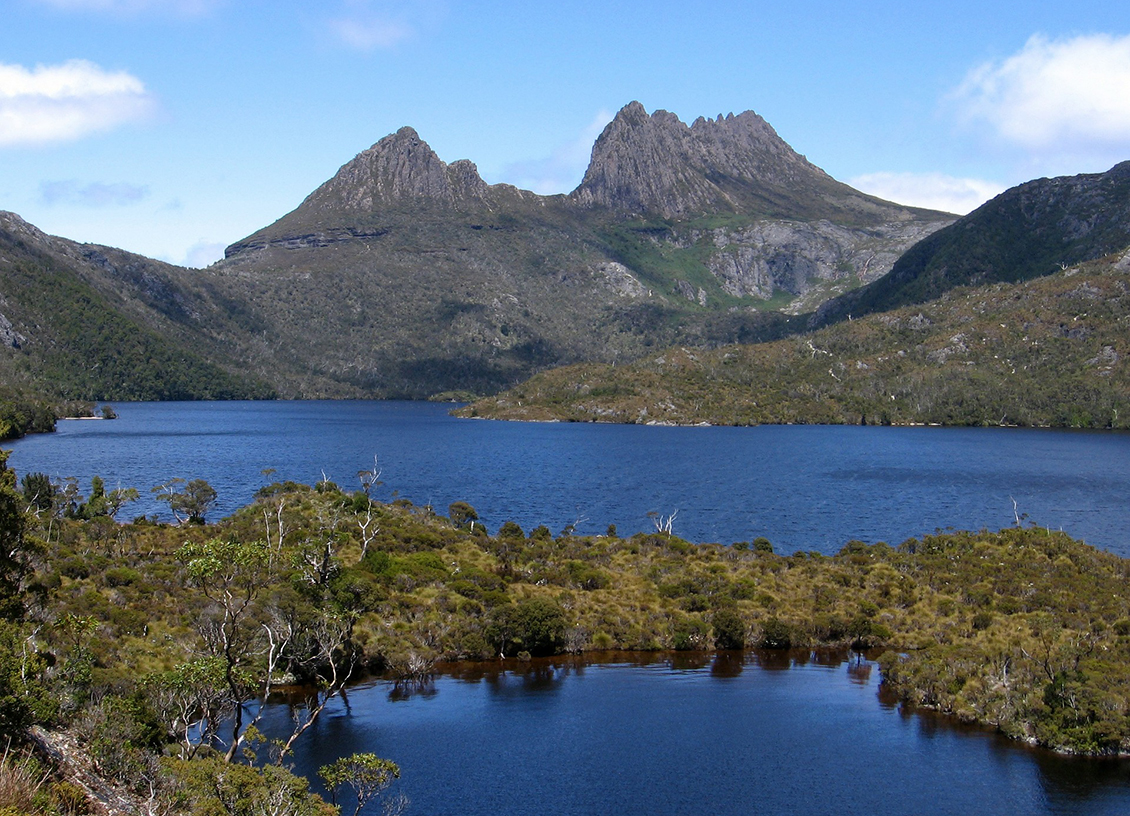 Nearly half of Tasmania’s territory consists of national parks and Wolrd Heritage areas, and proverbial crown jewel among them is Cradle Mountain-Lake St. Clair National Park, located in the north of the Tasmanian Wilderness World Heritage Area. It is hard even to enumerate all the natural wonders this national park includes, but no matter what kind of mountain sceneries you’re a fan of, you’ll find something to match your likings here. All the elements for a great mountain hike are there: cliffs, lakes, forests, alpine biomes, and magnificent mountain peaks, including Tasmania’s highest point, Mount Ossa. There are several day walk routes you can undertake, some of them including visiting the Lake Dove, Cradle Mountain, and Weindorfer Forest. 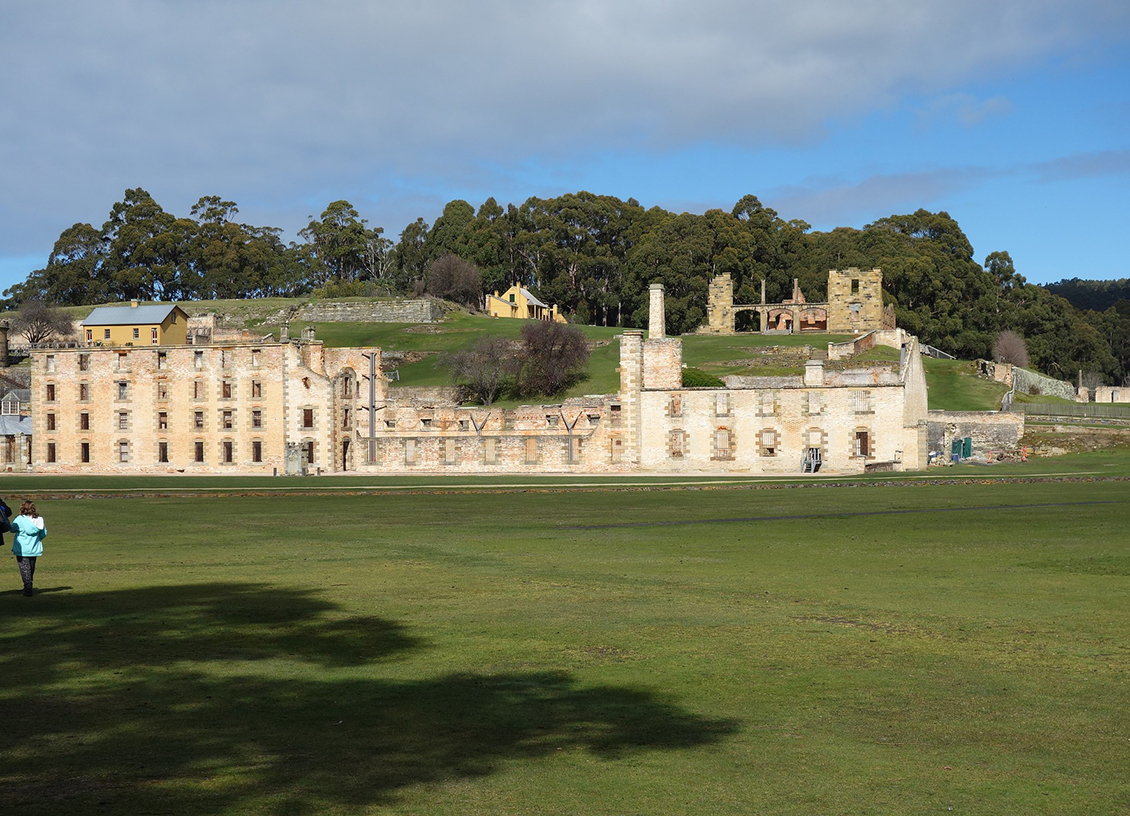 Port Arthur historical ruins are part of Australian Convict Sites World Heritage Property and they serve as a showcase of Tasmania’s tumultuous history. This old convict settlement is about an hour’s drive southeast from Tasmania capital, Hobart. Tasmania’s Governor Sir George Arthur founded this penitentiary in 1830, and it was quite infamous for its harsh living and working conditions. Convicts were punished by hard labor in coal mines or in the woods. Although this penal colony suffered heavy damage from the 1897 fire, most of it is still quite well preserved. You can observe the majority of the settlement’s facilities from inside, as well as take a peek at documents and relics in the museum.

Freycinet National Park is located on the east side of Tasmania, which is quite sunny and pleasant. It’s one of the many Tasmania’s parks listed as World Heritage Site, but what sets it apart from others is the fact that it’s one of Australia’s most venerable nature sanctuaries, and also one of the most beautiful. The most beautiful feature of this national park is without any doubt the Wineglass Bay, with the perfectly curved shore, sapphire-coloured sea, and powder-fine sand. There are numerous places for sightseeing, hiking and hill climbing.

Near the Wineglass Bay, there are Hazards, crags protruding out of the sea which is the most popular objective for photographers, thanks to their pink granite surface. When walking through the park, you’ll see a plethora of unique plant and animal life, especially the whole assemblage of colourful birds. 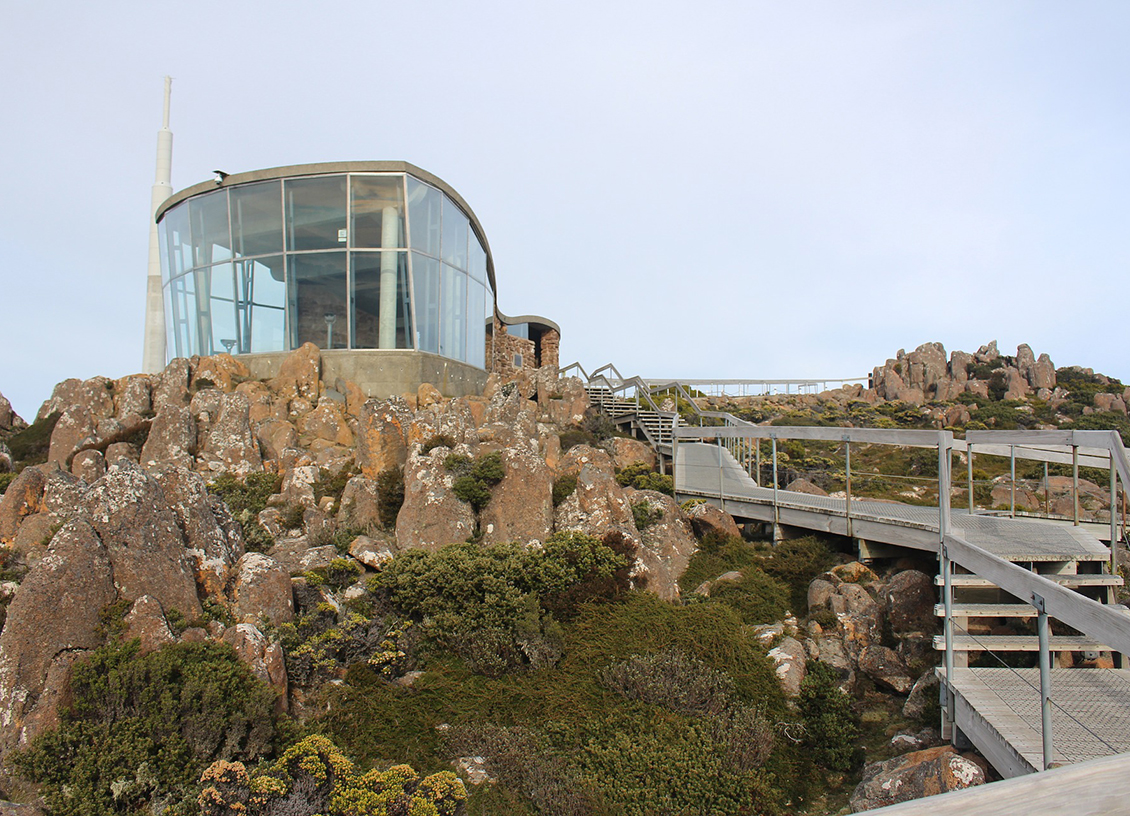 Westward from the capital Hobart, lies magnificent Mount Wellington or Kunanyi, as the indigenous people of Tasmania call it. As of 2013, The Tasmanian dual naming policy was introduced, and this mountain has got a name it’s known by today. This mountain rises to 1271 meters above the sea, and it’s often covered by snow, even during summer. One of the biggest attractions of Kunanyi/Mount Wellington is the Pinnacle, sightseeing spot at the top of the mountain, which offers a breathtaking panoramic view to most of the southeastern shore, including Hobart. There are numerous hiking and biking tracks, as well as a rock climbing site at Organ Pipes cliff. Just be careful to dress warmly before embarking on a journey to the Pinnacle because the weather is quite mercurial. 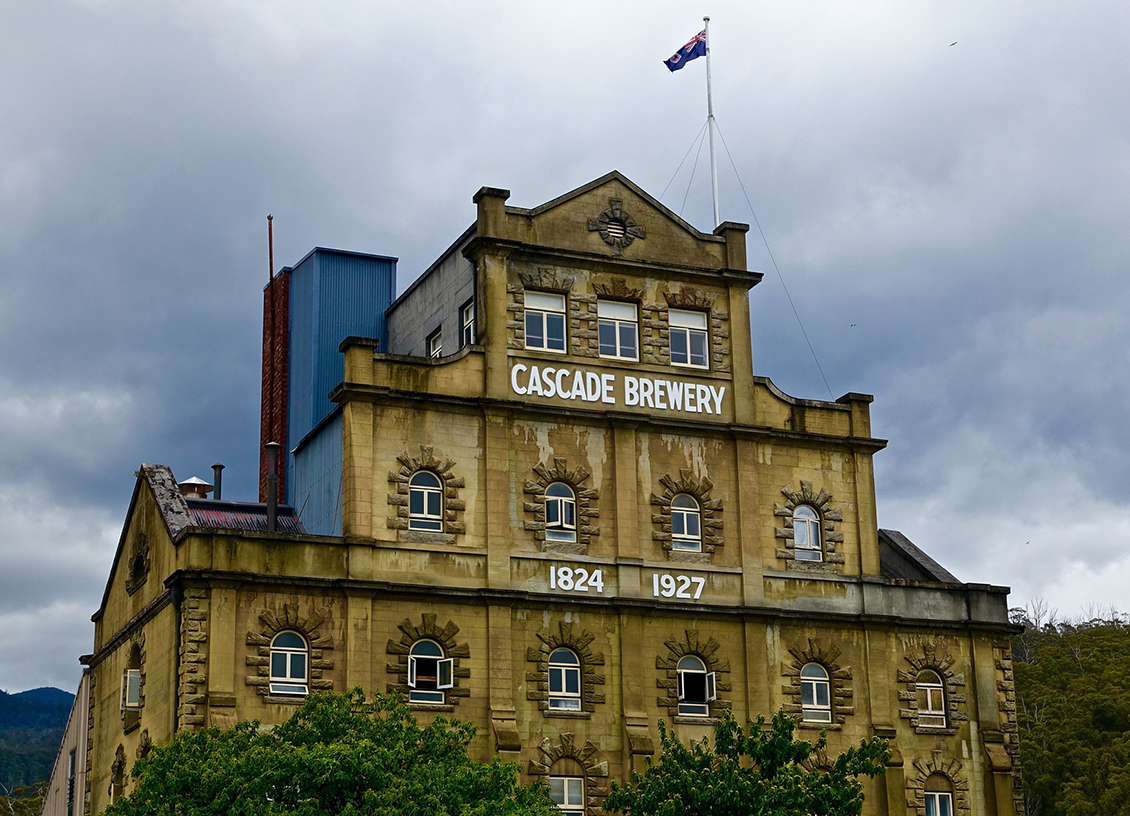 The capital of Tasmania situated itself between the sea and Kunanyi/Mount Wellington. This port city evolved over time into a hotspot of modern happenings, thanks to the diverse and rich culture developed by mixing traditional and modern influences. The most prominent hub of contemporary art is MONA: Museum of Old and New Art opened in 2011 with the intention of being a “subversive adult Disneyland”. Indeed, if you’re a provocative art aficionado you’ll find something to your likings there. For those who appreciate a more traditional approach to art, there’s Tasmanian Museum and Art Gallery. Food lovers will also enjoy, as the north end offers the line of the best restaurants in Hobart, where you can wine and dine in a manner of a true globetrotter. 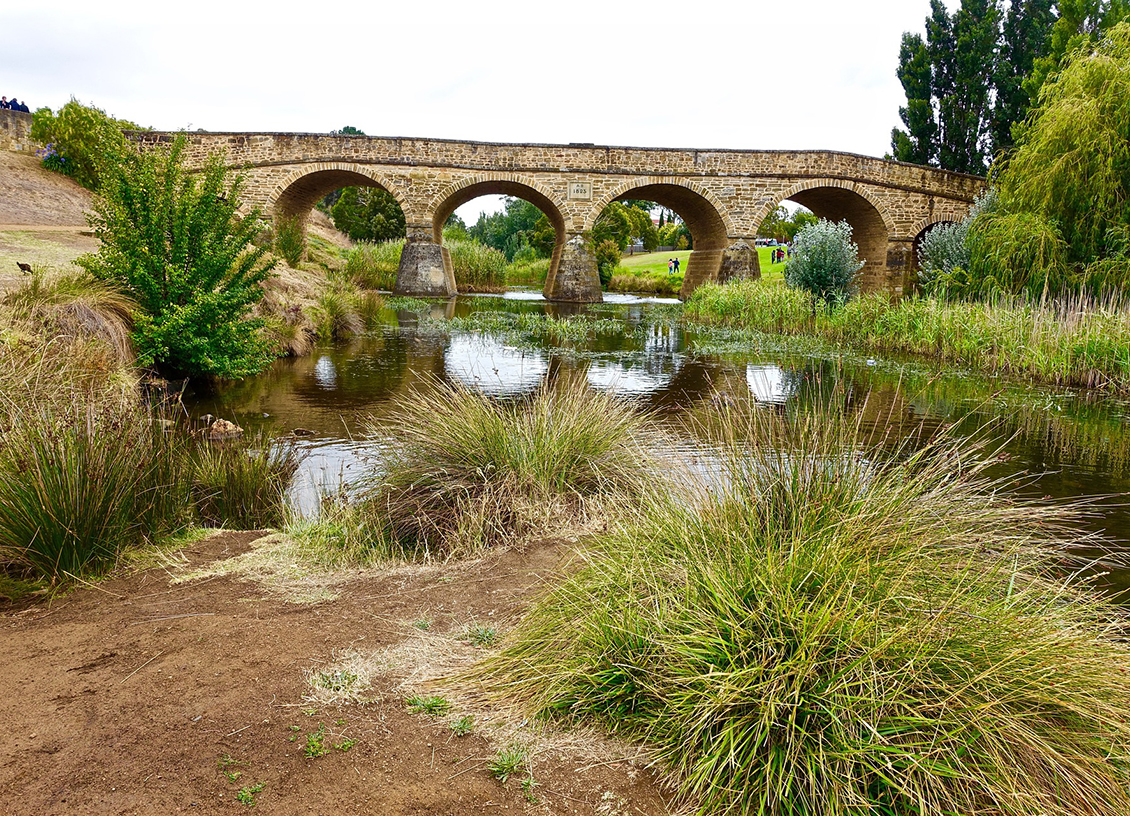 Richmond was one of the earliest settlements in Tasmania, and today it presents an active museum of the early colonial Australian town. Soon after the arrival of the first homesteaders in Risdon Cove in 1803, Richmond became the financial hub of a rich grain-growing area. Furthermore, the city was also an army station and penal colony. Many of the buildings in Richmond were built by inmates, including the Richmond Bridge, which is the oldest bridge in Australia. The main attractions of Richmond are amazingly well-preserved buildings from the colonial times, as well as historically reconstructed Old Hobart Town, which is a model village that recreates life in the early 19th century. 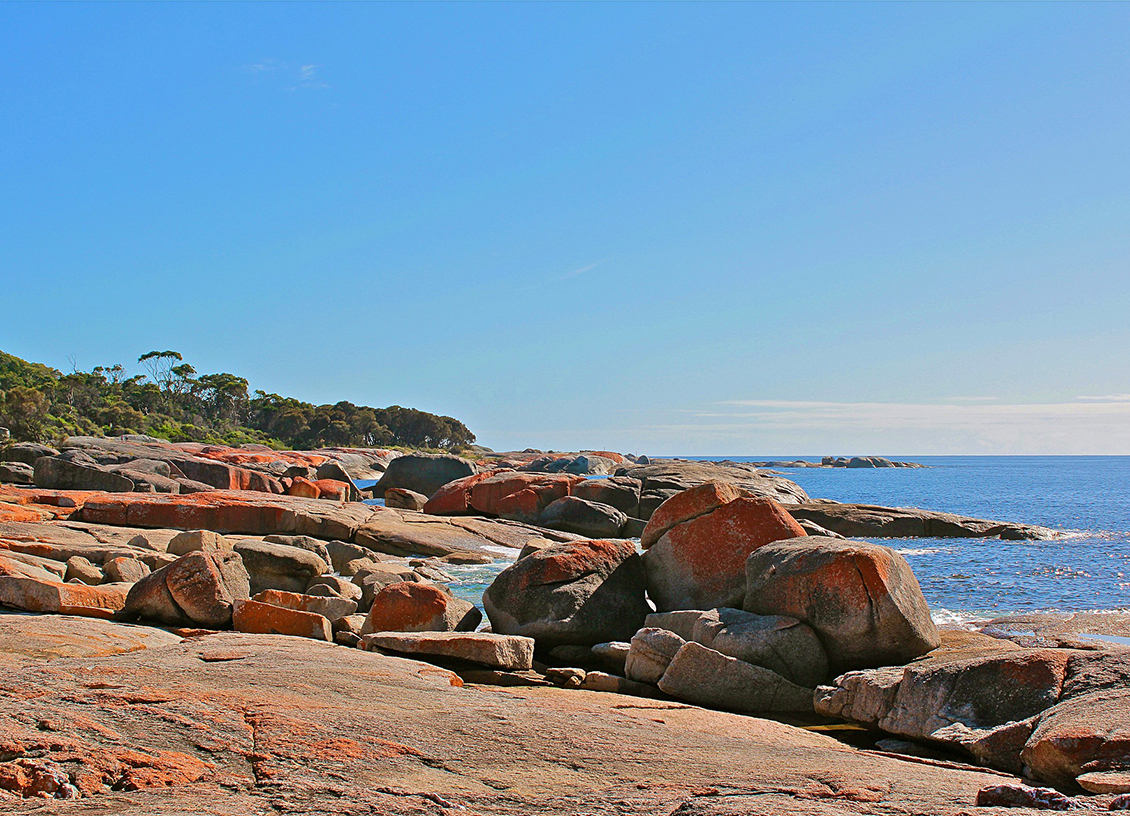 Although Tasmania is well-known thanks to the Looney Toons, most people aren’t aware it is a very attractive tourist destination. Tassie, as locals like to refer to it, is coated in mystery which fascinates visitors from all over the world. A significant portion of the island is under protection as a precious natural habitat, and for a good reason, since Tasmania offers spectacular sites to visit in an adventurous manner. For a more urban experience, you can hit the capital of Tasmania, Hobart, and touring the old cities and former convict colonies is a good reminder of this island’s turbulent history. All in all, this relatively small island has a lot of interesting localities for each sort of tourist.

Neil White is an travel and automotive and journalist from Sydney, Australia. Neil was into cars since he can remember, and road trips are his greatest childhood memory. Combining journalism and traveling is something that he was dreaming about, so now he considers himself a really happy person.

4 Great Reasons to Charter a Flight

Man vs. Wild: The Top 5 Tips to Survive in the Wilderness