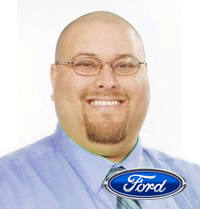 Changes
I know it’s been a while since I blogged, but there has been a reason for that. It has been a crazy couple of months.

My awesome wife, Wendy, saw a tweet from Ford Canada – they were looking for a Community Manager. She quickly messaged me and suggested that since I had been helping clients with their community management, I should apply. She figured, what have you got to lose? I agreed.

I threw my name in the hat.

I remember the timing… It was Thursday, April 12th. I was at Tweetstock in Brantford, and was just leaving for the after party. I noticed I had a message. The message was from Ammar Khan of Ford. I stopped for a minute, and just looked at my phone. Really?

I called Ammar. He filled me in that it was ICUC Social who would be doing the hiring, and that they would be in contact with me. Seriously?

The next day, I get a phone call from ICUC. It was an interview. They gave me an overview of what the job entailed, and I gave them a basic introduction to me, what I do, clients I have worked with, etc… but they had done their homework. I could tell. The conversation went well, and they said they would be in touch. I didn’t think anything of it. I enjoyed the weekend with my family.

It was ICUC. They wanted me to attend a meeting at Ford Canadian Headquarters in Oakville, where I would meet Ammar, and the ICUC team I would be working with… if I got hired. Was this really happening?

The planets start to align.

On Tuesday, April 17th, I was scheduled to be at my youngest daughter’s school dance-a-thon taking pictures at the exact time this meeting was to occur. Wendy said, “I’ll take the afternoon off work and I’ll take the pictures at school. Good luck baby.”

Everything went really well. I met Ammar, the ICUC team, and some of the partners I would be working with, if I got the job… only, they were talking like I already had the job.

Reading between the lines.

After the meeting, I rushed home and called a designer buddy of mine. I asked him if he would like to take on some of my clients. He asked why. I couldn’t say yet, so I just said “An opportunity has presented itself”. He understood, and agreed to help out.

She walked into my office and asked how it went. Before I could answer, the phone rang. It was ICUC. They presented me with an offer.

I did my research too.

Before I go on any further, I need everyone reading this to know something. I told myself after being treated so crappy at my last “job”, I would never go back to working for a company that was not passionate about their employees, their service and/or product, and you could see it in everything they did. Also, it was important to me for a company to invest in their employees, and give them the tools to succeed – because they wanted them to. I was completely happy running a successful small business, and was not really looking to find a job. I did my research. I knew several people who worked at Ford, some of them are friends, and some I have met through social media, and have been to many events with them. You could tell they loved what they were doing. In meeting with the folks from ICUC, I could tell they loved what they did, and were excited to be working with Ford, and to have me on board.

April 18th, I officially signed on with ICUC Social. I was the new Senior Community Manager for Ford Canada. I would have 3 other community managers working for me, as well as a support staff. The kicker… I would be starting right away. Ford Canada had yet to announce I was on board. They were waiting until I was ready. On Wednesday, April 25th, we were sitting in a meeting at the advertising agency in Toronto, and the announcement was made. I had created a Ford twitter account, which up until that point, remained inactive. It was near the end of the day, and Ammar pointed it out to me, then quickly retweeted it. I packed up my stuff, and walked down to my truck. I never thought once to look at my phone, which was still on silent, and in my laptop case. I got into my truck, put my phone in it’s normal resting place (the cupholder) and took it off silent, then hit the road – 3 o’clock Toronto traffic.

My phone was going crazy. As I was driving, I left the phone alone, but I knew what was going on. I cranked up the stereo, and sang all the way home.

I arrived home and Wendy gave me a big hug. She said “you have a ton of messages to respond to”. I sat down at my desk, and started going through them all. I answered each and every one of them. Not one mention was missed. Everyone was so awesome. The messages kept pouring in for the next few days. Wendy posted it on Facebook. My timeline exploded. Her timeline exploded. Our awesome analytics team at Nexalogy Environics said to me at our next meeting “wow, you got a lot of attention over the last few days”.

When Wendy and I finally told the girls that I was working with Ford Canada (through ICUC Social), they were so happy for me. I was in tears. Not the same kind of tears when we sat them down to tell them I lost my job a year-and-a-half earlier. These were happy tears. Having the support of my family and friends was amazing, but seeing Wendy and my girls so happy for me was all that I needed at that moment.

What does this mean for Big Daddy Kreativ?

This is where the emotional part of me comes out. I had to make a lot of phone calls to existing clients explaining the situation, and that I have found someone who would be handling all design work. I would not be taking on any new clients.

Driving a Ford was not a requirement for this position. There was no pressure from ICUC or Ford. However, I had made the decision when I got the job that it would be cool if I could update my vehicle with something in the Ford lineup similar to my current vehicle, a 2005 GMC Yukon XL, which I have owned for the past 3 years.

The ball is in motion.

I will go into further detail about my new vehicle in my next post, but for now, I wanted to leave you all with this.

Always believe in yourself, and never sell yourself short.

Deciding How Much Life Insurance You Need