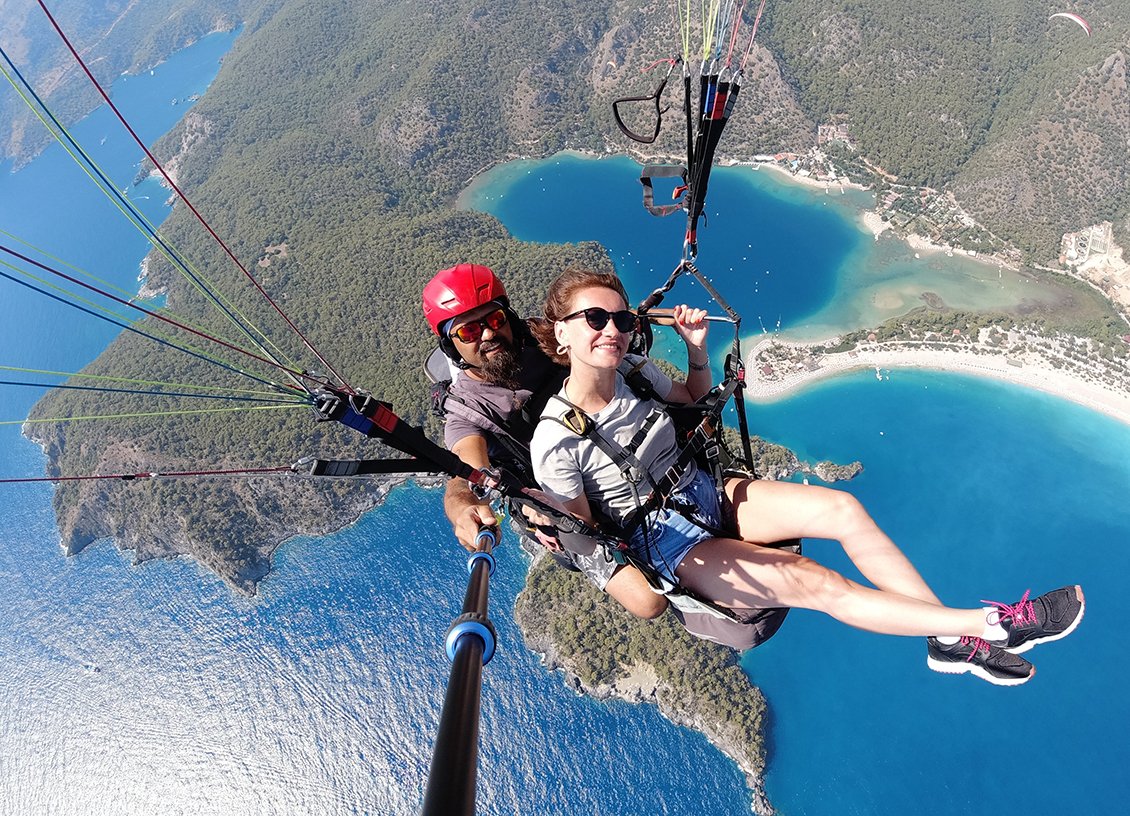 Photo by Hasan Gunher from Pexels

For people who live off the adrenaline rush, a regular holiday is out of the question. They always want more, so adrenaline junkies have to perceive the whole world as a large playground. From Australia to Alaska, there are at least 9 destinations that are perfect for thrill-seeking adventurers and extreme sports fans.

The Tatra Mountains in Slovakia

The Central European country of Slovakia joined the European Union just a decade and a half ago. Since 2004, its tourist industry has been steadily rising, offering winter holidays for fewer than 1,500 dollars.

The Tatra Mountains are the hotspot (or better put, the coldspot) of the county’s winter tourism industry.

There are plenty of activities there, suitable for the whole family: dog sledding, skiing, snowboarding, snowshoeing, and even bathing, as there are thermal pools. Most tourists stay in the mountain village of Zuberec, close to downhill skiing areas.

Once the action-packed day in the Tatras comes to a close, adrenaline junkies can explore the local culture and cuisine in the evening. 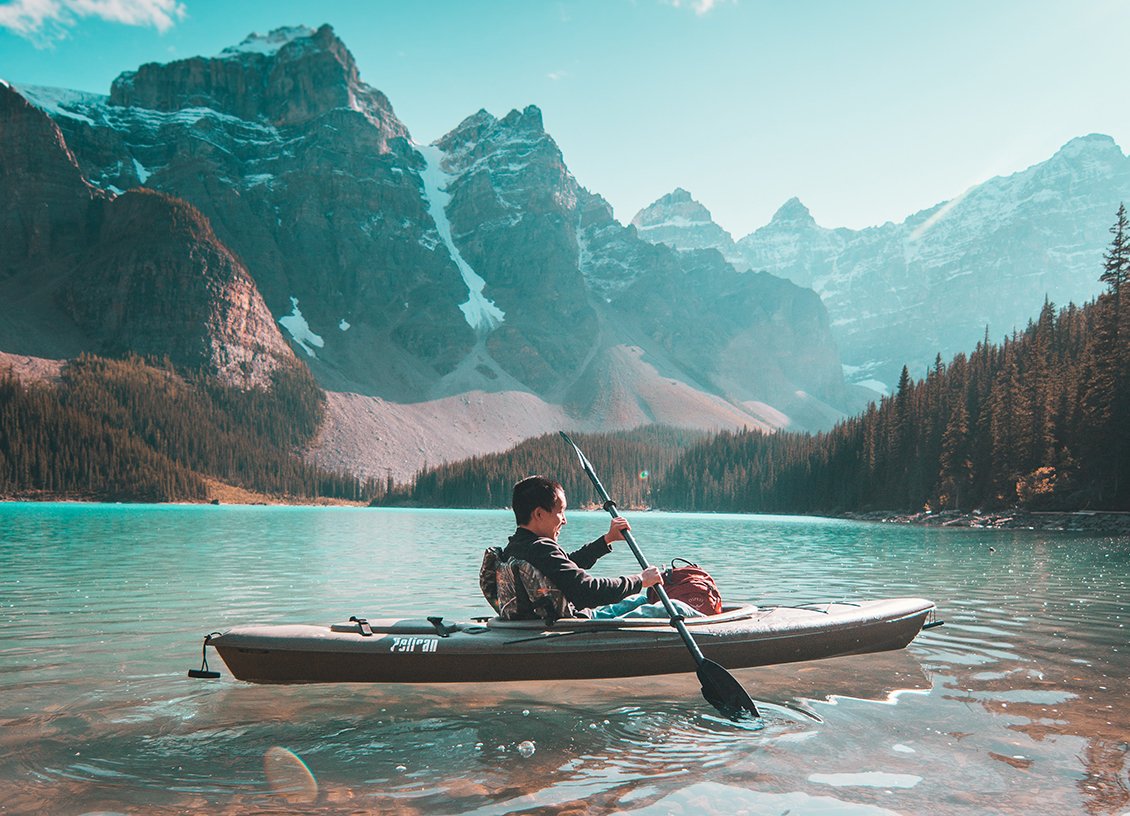 Photo by Jaime Reimer from Pexels

Exploring Alaska from a kayak

If you like holidays longer than a single week of thrills, then Alaska is the right destination for you. Although a holiday in Alaska costs more than double the skiing trip in Slovakia, the price is worth it.

Like the rest of the continental USA, Alaska is huge, from the glaciers to the animals.

Home to the famous grizzly bear, Alaska can be dangerous to traverse without a guide or a rifle; or both! Despite the fact kayaking is physically demanding, this is one of the safest ways to experience the country.

Of course, you can always add to your holiday package a trek and a hike through a mountainous region to complete the thrill.

Taking to the skies over Ecuador

On the lower end of the budget line, visiting Ecuador is still a memorable experience. The South American country is ideal for intrepid folks who like to combine height and speed.

Paragliding is a popular sport around the Tungurahua volcano. However, soaring over the dense jungle is not your cup of tea, there are other extreme adventures Ecuador has to offer.

From the country’s capital of Quito, you can head into the Amazon basin for white water rafting, horse riding, cycling, canoeing, or an excursion down the Cotopaxi volcano. 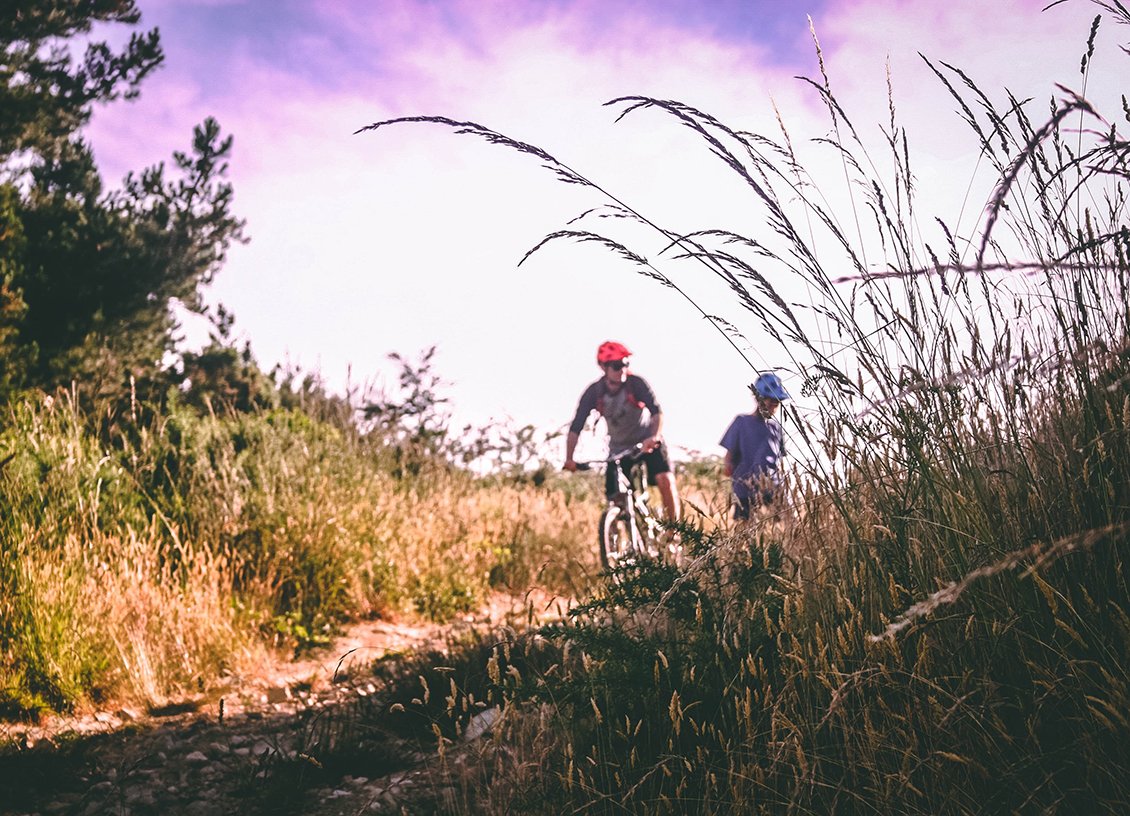 Photo by Film Bros from Pexels

You have probably heard of Casablanca, the largest city of Morocco but have you heard of Mt Toubkal in the same country?

If you haven’t, never mind, because for a thousand dollars you get to know better the Atlas Range. Local Bedouin villages scattered across a barren landscape that resembles the surface of the Moon. Here, you can buy arts and crafts but get your daily dose of adrenaline as well.

On a dirt bike, you will cross mountain passes, descent steep hills, and cover nearly 55 kilometers of track in a single day. No wonder then that there is a 4×4 vehicle as support along the entire route.

Speaking of bikes, albeit ones with pedals, Australia is a country with the ideal terrain for dirt jump bikes with its heavenly trails and picturesque seaside cliffs. From You Yangs mountain biking trails to Tasmania’s Hollybank Reserve, the country is a mecca for adventures on jump bikes.

In addition, just off the Australian coast, adrenaline junkies can swim alongside great white sharks. The waters around South Australia’s Neptune Islands are full of these ferocious predators. During a cage dive, adventurers get to see other marine creatures, such as eagle rays and groupers. 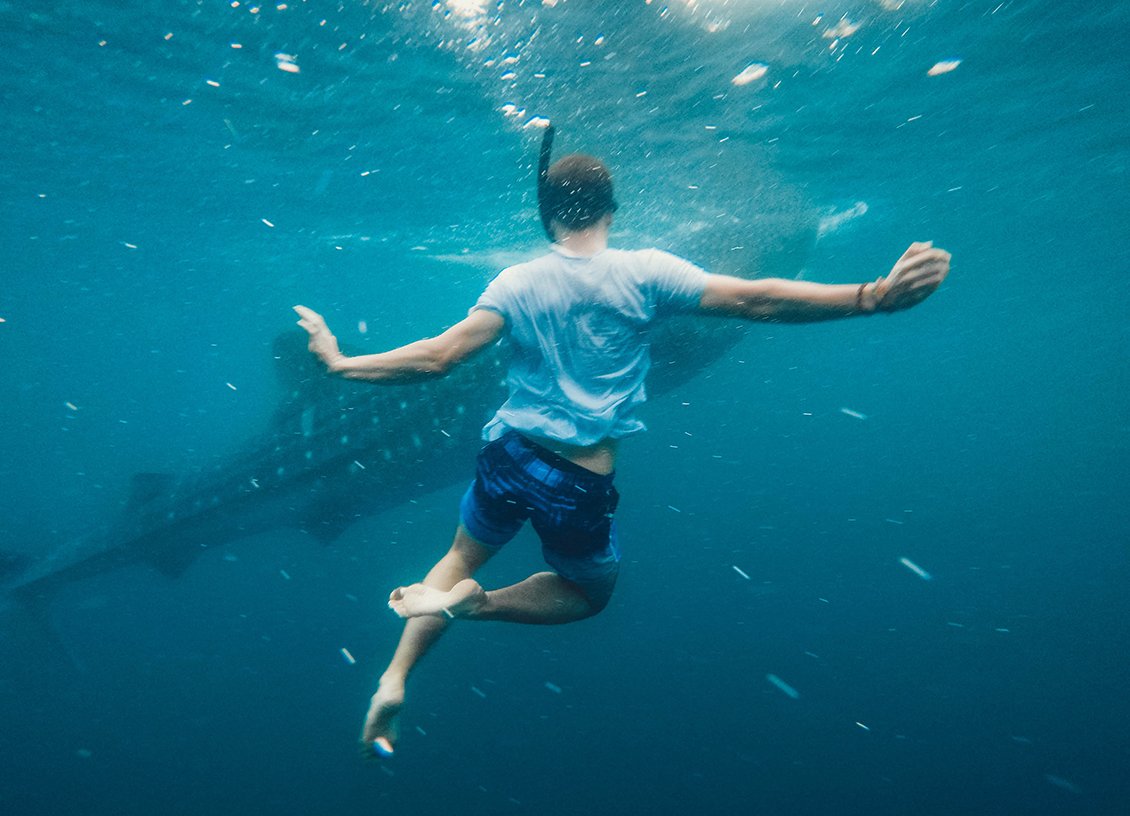 Photo by Roman Odintsov from Pexels

Most Western tourists consider Thailand a party destination but there are other exciting things here that don’t include drinking and dancing. You can spend an active holiday around Chiang Mai, for example.

From the rapids of the Mae Taeng River, across the historic ruins of Wiang Kum Kam, all the way to the eponymous market city of Chiang Mai itself, you’ll have plenty to see when hiking in this region.

The north part of the country features Doi Suthep, from the summit of which you can descend through dense rainforests, meeting the inhabitants of local villages along the way.

Trekking through the jungles of Borneo

Although the Amazon basin is considered the lungs of the world, the island of Borneo in southeastern Asia also has primeval rainforests.

An expedition to Malaysia/Indonesia is a great way to see the orangutan in the wild, as we only see the sad specimens in Western zoos. The lush rainforests of Borneo are difficult to traverse, so you or your guide will have to use a machete to get through the dense vegetation.

The sight and sound of a jungle are enough to get everyone’s heart racing while staying stingily serene all the time. If you stay for more than weeks on Borneo, for instance at the Iban longhouse, you can say you lived like our ancestors.

Sailing to the heart of Africa

The African continent is one of the most exciting ones, mainly because of the landscape and the animals that still roam its savannas. A trip to Africa isn’t as expensive as you might think at first but it would be a waste of time to stay shorter than a full month.

The best way to experience the continent is by navigating its numerous waterways. From the mighty Zambezi River to the immortal White Nile, you can sail across landscapers considered the heat of Africa.

The Serengeti, the Ngorongoro Crater, and the Kazinga Channel are just some of the locations you sail past (or through). Once you’re on dry land, try riding an elephant, bungee jumping, and gorge swimming. 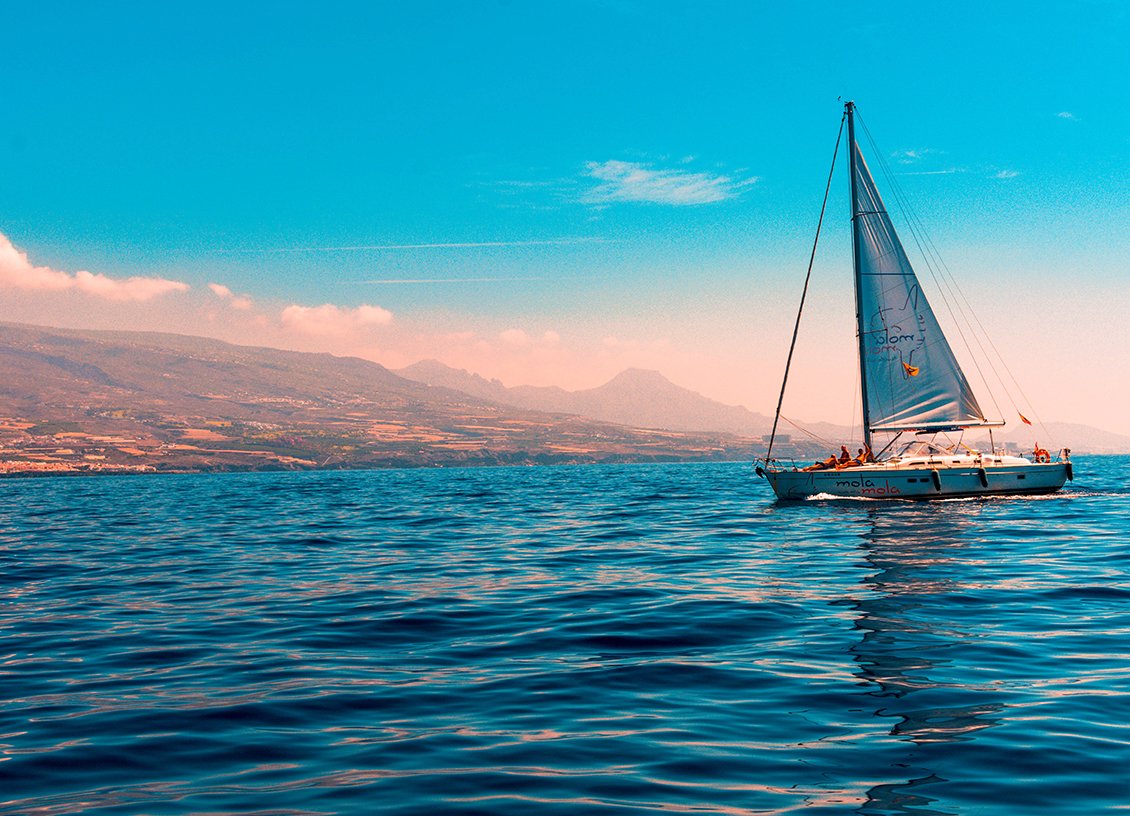 Photo by Szelei Robert from Pexels

Active volcanoes in Iceland as a tourist destination

As one of the pricier destinations on our list, Iceland has a lot to offer to a world traveler. Here, you will find Europe’s most powerful hot spring Deildartunguhver, as well as a multitude of other active volcanoes, as well as waterfalls, hot springs, and glaciers.

This land of fire and ice seems out of this world, as merely sustaining a settlement here was challenging for the Vikings who first settled Iceland back in the 9th century AD. Apart from trekking, whale-watching and glacier walking are rather popular among the tourists.

These are just some of the most picturesque destinations across the globe that adrenaline junkies will love. As you can see, from Africa to Iceland, every corner of our planet is equally thrilling to visit.

Nina is a lifestyle blogger, yoga aficionado and a travel enthusiast with a distinctive taste for home decor. She's passionate about learning new things and sharing meaningful ideas. In her free time, she loves to design clothes and furniture. If you wanna see what she's up to you can find her on Twitter at @NinArtSimons.

Balancing Travel and a Budget: How to Gain the Most Out of Your Adventure